Porsche 911 pressure testing in the final stages, starting in early 2019 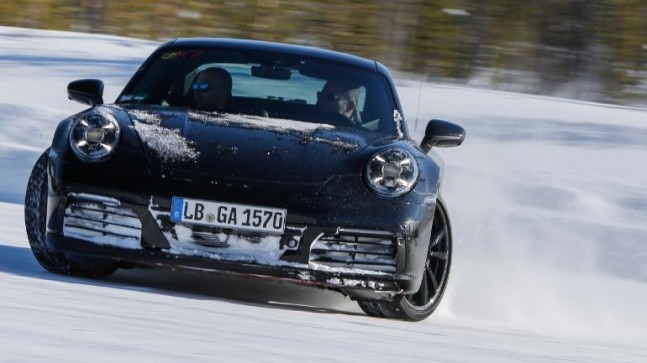 Eighth generation sports car classic The home of the Porsche 911 comes directly to the market in Europe at the beginning of 2019. Before this, prototype engines will get to the end of the last stage of the global test program. put new sports cars under stress.

Test equipment moves between climate zones with a temperature difference of up to 85 degrees Celsius. sprints for height changes of more than four kilometers; withstand long traffic jams in major cities and setting new records on the racing track. Despite these exhausting tests, all parts of the car must work as reliably as they were in the beginning.

The test focuses first on Porsche's traditional skills, such as the platform and the engine, which have been further enhanced to increase both performance and everyday use. In addition, the cab has a whole new concept of operation, as well as tools and displays functional checks and stress tests. New driver support systems and improved connections must also be evaluated as part of a tough test phase.

In hot areas such as the Middle East or Death Valley in the United States, air conditioning, heat management and incineration must be operational at temperatures up to 50 degrees Celsius. The components of the interior parts must not be expanded or reduced and the sounds are subjected to extremely extreme heat. In Finland, 35 degrees below the freezing point, testing focuses on the response speed of control systems for cold start, heating, pulling, handling and braking behavior as well as driving dynamics. Sustainability visits saw new 911 tests on Chinese roads in country traffic situations and demonstrated that they can operate reliably with different quality fuels.

The vehicles reach their lowest geographic point in Death Valley, which lands about 90 meters below sea level. while Mount Evans, Colorado's thin air, with a height of 4,300 meters, challenges the biturbo charging and fuel system. After testing the time, cars have been driven for about three million kilometers.

Less visible part of testing, albeit equally important, is customer-driven everyday driving on public roads across urban and rural areas, so that the vehicle and all systems can withstand daily use. At this stage, there is also a remarkable mileage reading while respecting all traffic rules and the common goal that the 8th generation of this sports car icon continues the tradition to be one of the best 911 ever.

Get real-time alerts and all your phone news with the new Indian Today app. Download here