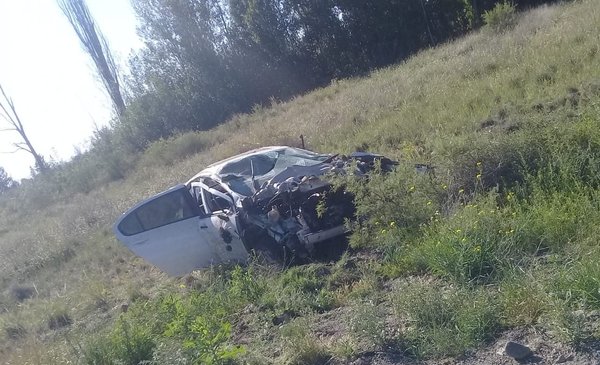 Near the Campo Los Andes battalion, Tunuyán, a 26-year-old son died on Sunday when he was taken out of the car where he traveled with other friends.

Gastón Alejando Cueto, born in Buenos Aires, was the fatality of the accident, which was accompanied by the Peugeot 408, which crashed after training on his shoulder when traveling on route 92 near the army.

According to police sources, the car driver and the other passenger (he was behind) had to go to the Scaruell hospital in Tunuyán to improve medical care.

The most important hypothesis is that a car where young people came "He trained on the shoulders and got involved, causing a fall in office and later."

An unofficial source reports that the boys returned from the Valle de Uco Dica, where they had gone for a weekend getaway. In that case, the Tunuyan police intervened.