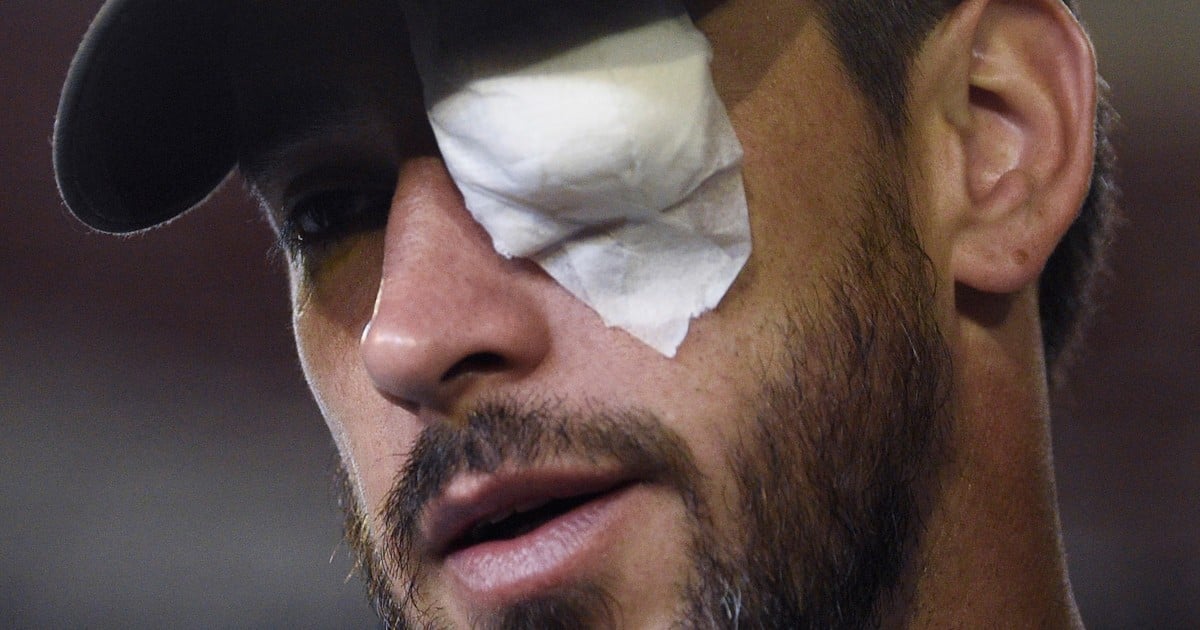 "Pablo Pérez and Gonzalo Lamardo were mild but annoying injuries, and two of the same intensity." At the time of the service, we did not find any foreign bodies within the eyes, but injuries occurred because there was obviously something, "he told toot Ophthalmologist Alejandro Weremzuck (MP 151991), who participated in Otamendi Sanatorium's two Boca players this Saturday afternoon.

"It may be that foreign bodies will be blinking at the same time, but they can cause such an injury," he added.

Pablo Perez and his injured eye. The ophthalmologist who attended him spoke to Clarín.

Weremzuck is a resident of Otamend and his specialty is an ophthalmologist, the same profession his father devoted. The expert gave Pérez a diagnosis toot: "We found chemical querotoconjunctivitis, corneal erosion and conjunctivic erosion, which are mild but annoying injuries. they need care in addition to covering the eye".

He also stated: "He was given antibiotics and he lost the damaged eye (left of Pérez) and we will show the treatment for a period ranging from 24 to 48 hours. Tomorrow we have to control. "

Young man Gonzalo Lamardo and a patch in his injured eye.

Pérez and Lamardo have attended the Otamend Health Center on Sunday at noon and they can know how the treatment will continue. The professional said that the injuries of the players were "very similar" and that in these cases the recommended thing was "to keep the eye broken for damage so that it does not burden".

toot He asked the version that when it was estimated that the game was played at 19.15, Pablo Perez could be the starting point. Weremzuck said in this regard: "We make the case with medical recommendations, they are elderly and they can decide. very annoying. And they would be in the weakness of the circumstances with other players who play a football game because it takes away the vision ".

Finally, the professional said: "Depends on how they are tomorrow, we give our opinion, then the decisions are personal." And he repeated, "We do not show rest, but we keep your eyes covered."