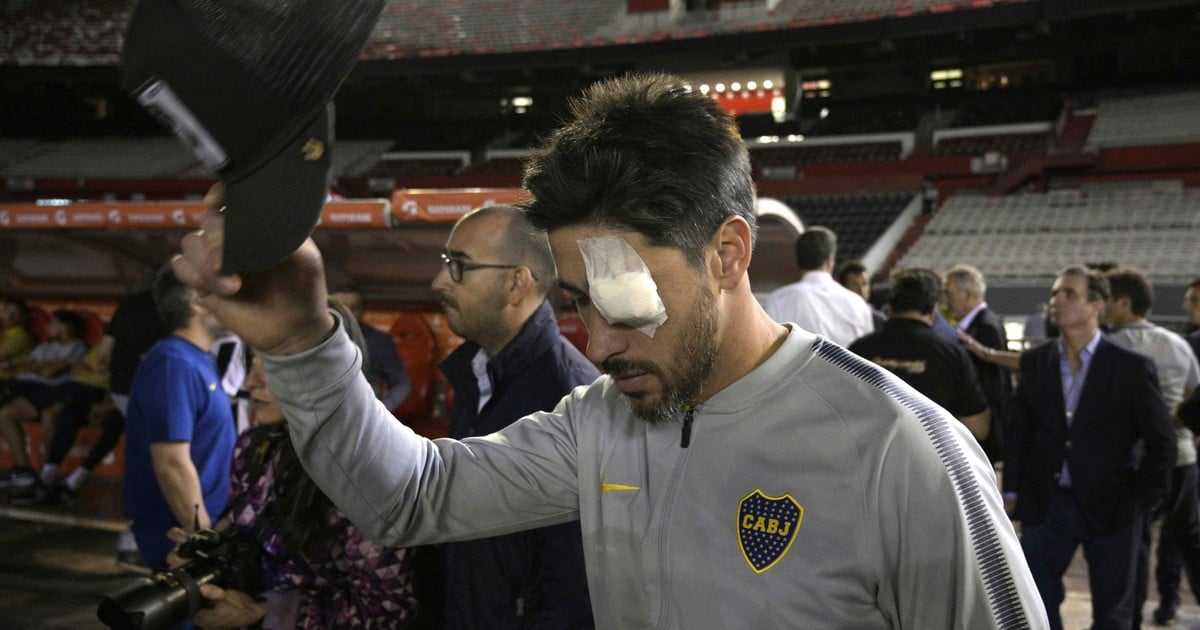 Pablo Pérez continues to be in the traumatic events of the weekend. He was also the one who took the front of the river fans in front of the villa against the Boca al Monumental line-up last weekend. Two days later, it still does not recover from the terrible moment.

He was one of the actors who undermined it in the wild attack of Monumental and ruled "with a chemical conjunctivitis with inferior conjunctival erosion", and since Saturday's surveillance is performed at the Otamend Hospital. There he was raw in his message.

"I can not go to court where I can die", shot Boca's captain Otamendi Sanatorio's exit, where they made a new check in the left eye injured by one broken glass for ammunition.

"They had thrown stones, bottles, all people were gathered in one place, they were the minutes I do not want anyone, they always stop the glass, it was not very far from the entrance of the stadium, it was pretty close," said Boca Captain.

But the player increased the unfortunate details. "When we went with the ambulance (Gonzalo) with Lamardon, we were thrown back the stones, there is little of what happened, as soon as we walked through the gate, they could harm us again, when we were attending I am very sad to river to people because they smoke, this is not good for anyone. "Disapproving.

Yet, with an annoying voice, Perez accused Conmebol of "If they take my eyes, no one will pay me." I have three daughters, my wife's Elder Daughter, when I came to my house to cry the Conmebol case was a shame. in the hospital and they told me that I had to play, irritated, swollen eye … I was going to go in, but you could not play. "

Although he did not want to comment on Boca's request ("I do not care and I will not comment on this," he repeated), he gave a strong remark to the doctors of the Confederate: "Conmebol's doctor is not I know him because he never came to see me, and he said that he was able to play without checking … the doctor did not come, he is never solidarized with us, he has to have some kind of order not to do me to Otamend. "

Finally, even if there is solidarity between colleagues. "Nacho (Scocco) and Milton (Casco) wrote to me, we became friends in Newell & we have a relationship, no one else has announced," Pérez said.