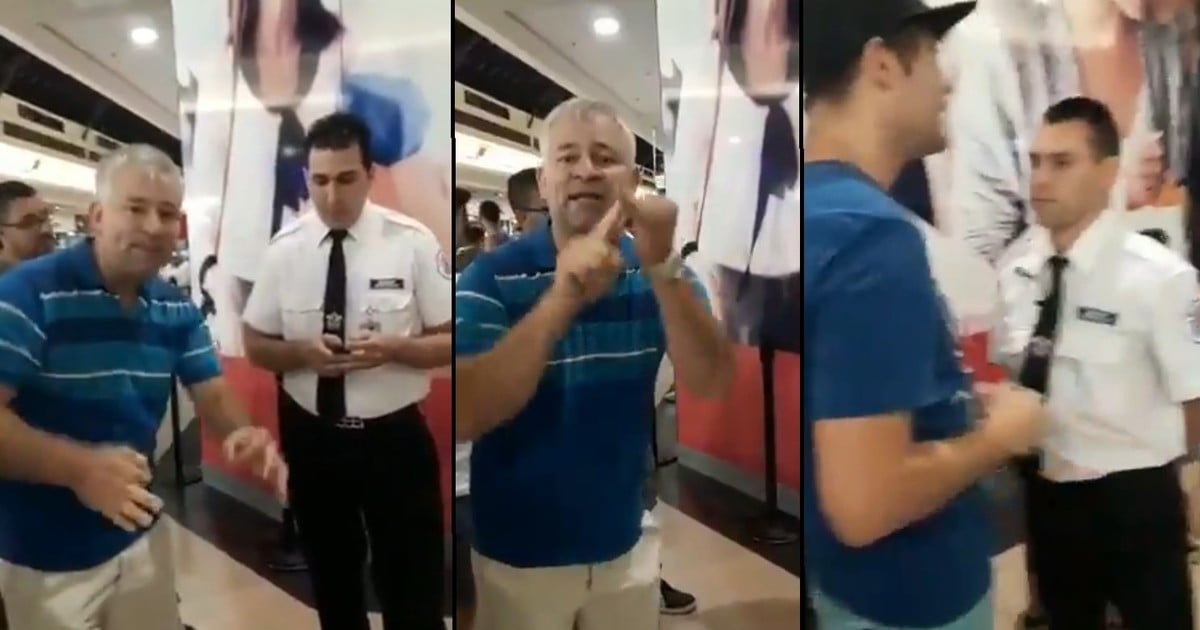 The Rosarion Shopping Place was on Wednesday a place for a scandal never imagined. Fighting with a group of violent and furious parents … Santa. It was that they had taken their child's illusion to take a picture of the great protagonist of Christmas, but the action was abruptly interrupted ten minutes before the schedule and when There was still no need for five boys to remove a valuable photograph.

Then the rage took parents who were no longer thinking of gifts, Christmas carols or the famous "Christmas spirit", if not, they look for the right for a failed photo. Without Santa Claus went to meet the following responsible: guard.

Parents released their anger before the astonished look of the security guard who had no means of resolving the situation. "I was at 9.20 am when the time was 9.30 and shopping is in the boys," all the most angry. "They don't follow their published schedules! ", he continued and predicted, "This will be in the media, right now."

"The leader is not there, the shopping center does not respond, Santa went to ten children who waited for the picture," an angry man said.

The guard looked at his cellphone as his father followed his complaint: "The man does not answer," he said, watching the camera. "The manager is not there, the purchase does not match, Santa went in front of ten boys They waited for the photo because they didn't follow the schedule. "

Then the woman who recorded the video took the word and also expressed her dissatisfaction with the situation. "The 9.20 line was closed to take a photo when the time was 9:30. This is the spirit of Christmas shopping. They don't give us the answer, we don't even ask for money, we just ask that the picture be taken from the boys.

"They don't give us the answer, we don't even ask for money, we just ask them to take a picture of the children," the parents complained.

Very angry, the parents claimed and recorded a video of a situation that quickly went into viruses on networks.