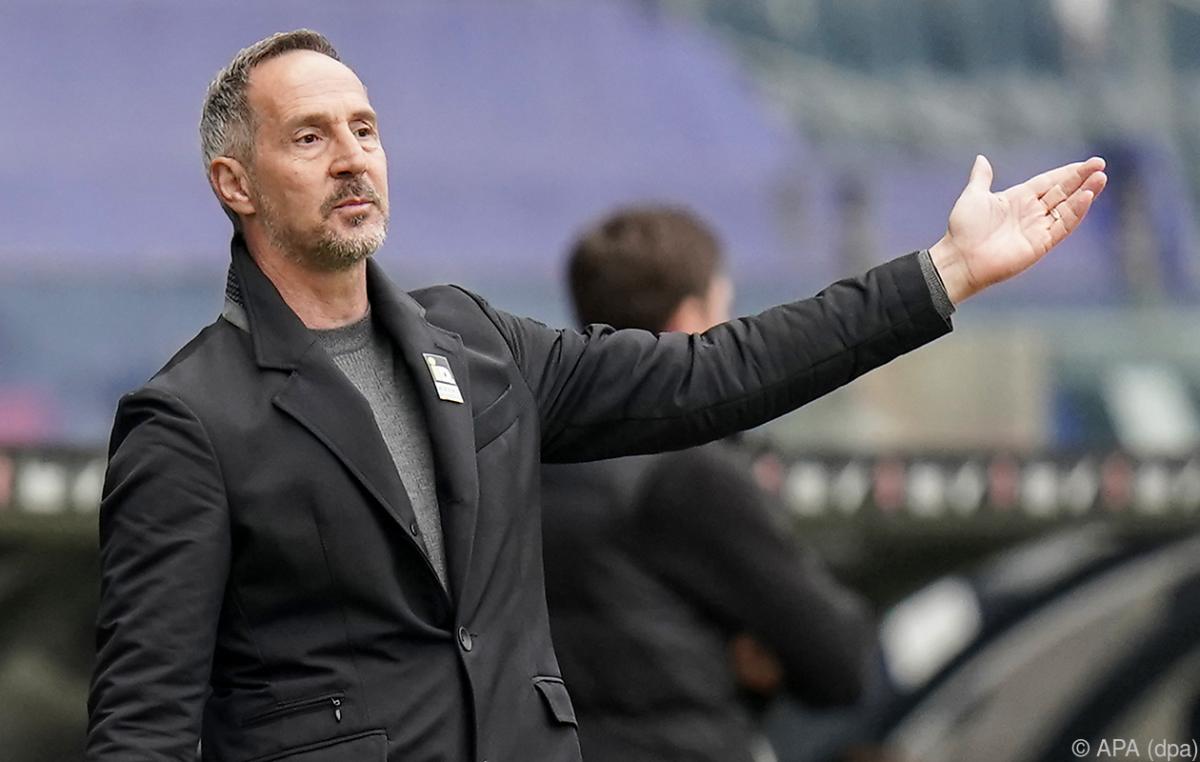 After seven goals and a huge step towards the Champions League, Eintracht Frankfurt should be in the right wind. But even the furious 4: 3 VfL against Wolfsburg, which Adi Hütter called an “absolute hussar flight” and sports director Fredi Bobic a “football advertisement,” didn’t come out without background noise about head coach Hütter’s future.

The Austrian has an agreement with Main until 2023, but is said to have a termination clause, and was most recently joined by Borussia Mönchengladbach. “I don’t know what shouldn’t keep him in Frankfurt at the moment,” stressed midfielder and captain Sebastian Rode after an extremely turbulent Bundesliga afternoon when Hütter was in a good mood until the unpopular topic of the future came up again. .

After being enraged by two brilliant goal scorers Andre Silva and Luka Jovic with the enthusiasm of his team for almost 15 minutes, he answered the question whether the team (reported by Stefan Ilsanker) had already asked him about his future became lipstick: “No”.

It’s a similar spectacle to FC Bayern, where Hansi Flick is currently circling questions about his future in the same rhythm. The situation is also comparable athletically: Flick is on his way to the next championship in Munich, Hütter could lead the Hessians to “dream destinations” for the first time – and in the summer both coaches could then take on a new challenge that doesn’t seem unlikely at the moment.

Hütter is currently having exciting weeks at Eintracht. After winning from Wolfsburg, the seven-point cushion remains in the chase of Dortmund, with even higher goals seeming possible. “Now we can even make fun of third place, we performed again and won the second top game,” said Hütter, whose team won a straight duel against BVB (2-1) a week ago with a great tear.

The Hessen victory, which lacked Carinthian defense chief Martin Hinteregger (thigh injury), also increased the likelihood that Wolfsburg and Frankfurt will play in the top class next season. “Everyone who is on these pitches after 34 match days has finally earned to represent German football in the Champions League,” said VfL coach Oliver Glasner. “The teams at the top have worked hard for it. Frankfurt and we would have deserved it,” Glasner added after the Austrian coaching battle.

After the “absolute confirmation” of the Dortmund coup, the situation looks nice: the SGE is in very good condition and has a decent pillow, but nothing has been won for Hütter. “We don’t have a leg in the Champions League yet. If something is theoretically possible, you shouldn’t praise the day before tonight,” the coach said. As a big bonus compared to teams like Dortmund or Leverkusen, he added another argument: “The others are, we can.”

Large-scale operation in Vienna: 18 people rescued from a burning house