Obesity and malnutrition worldwide: 89 percent of adults are overweight 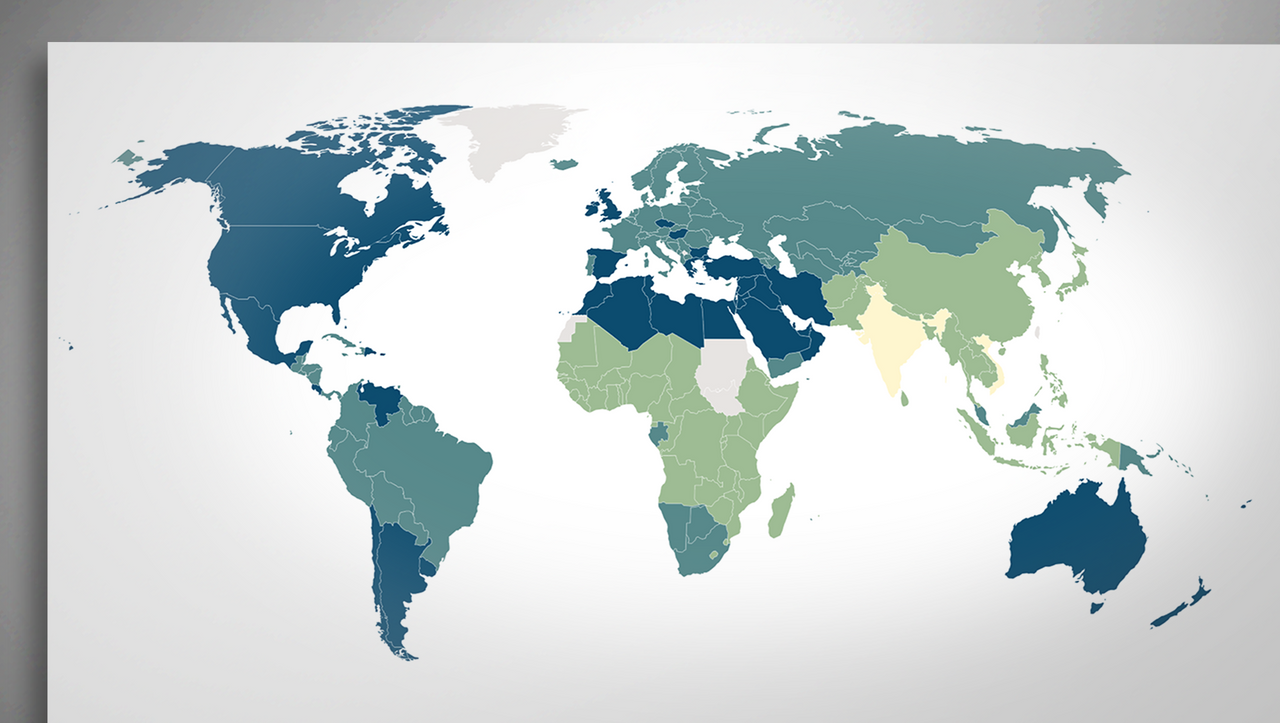 The alarm sounds, it’s far too early. But time is of the essence: get up fast, get dressed. And take a snack from the fridge for breakfast. You will need a lot of energy for the next few hours. Then to work. Either directly to your home office or by car to the office. Sits until lunch break. It’s only 45 minutes, so it’s a quick meal. Sit again. Last closing time. Food, sofa – was a long day.

This is the daily life of many people around the world, and not just since the beginning of the corona pandemic. And probably the cause of the worrying development: According to the World Health Organization (WHO), about 39 percent of the world’s adult population was overweight in 2016.

According to the WHO definition, this means that the “body mass index” (BMI) is at least 25 (here you will find the BMI calculator). BMI is not the right measure for everyone to measure overweight because it only looks at height and weight and is therefore usually very high for athletes with a lot of muscle mass, for example. But because BMI is so easy to calculate, it is well suited for comparing larger groups.

Global results show that the proportion of overweight has almost doubled since 1975. At the time, only about 22 percent of adults were overweight. At the turn of the millennium, it was already over 30 percent, in 2010 it was over 35 percent.

According to Matthias Blüher, a researcher on obesity at the Helmholtz Institute for Metabolism, Obesity and Vascular Research in Leipzig, this increase is mainly due to our lifestyle: overeating and lack of exercise. We take in too many calories, often in liquid form from sugar drinks. Many have jobs that hardly promote physical activity.

And we often use cars or public transport instead of walking or cycling. “This imbalance between energy consumption and energy consumption is certainly the biggest problem,” Blüher says. “And it’s a social phenomenon that has only emerged in recent decades.”

But why did it hit some countries hard, while others have fewer problems with being overweight? In addition to genetic predispositions, social factors probably also play a role: “Large social disparities between rich and poor contribute to obesity,” Blüher says.

For example – as shown by WHO data from 2016 – in the United States, where income disparities are larger, the proportion of overweight is almost 68% than in Germany at 56.8%. According to Blüher, being overweight affects socially disadvantaged families and people with lower levels of education.

The United States is not the most overweight. Not even Mexico or the UK. But surprisingly: Nauru, Palau and the Cook Islands. These are the islands of the South Pacific. “This is probably because the modern lifestyle met a particularly sensitive population there,” says obesity researcher Blüher. A large proportion of the population in Nauru, Palau and the Cook Islands are likely to be carriers of obesity risk genes.

According to Blüher, other populations tend to have protective genes. In South Korea, for example, only about 30 percent of adults are overweight.

In addition, lifestyles play an important role in the development of obesity. According to Blüher, this has changed particularly strongly on the islands in the South Pacific from an original lifestyle with a healthy diet and lots of exercise, to western eating and exercise.

Result: Nearly 89 percent of Nauru’s adults are overweight. In Palau and the Cook Islands, more than 80% of the adult population has a BMI of at least 25.

This has implications for the health of islanders: For example, nearly 30 percent of Nauru’s adults have high blood sugar and about 46 percent have cholesterol levels. Obesity also increases the risk of diabetes, cardiovascular disease and certain cancers.

Danger to the individual, but also a burden on the health care system: Obesity-related secondary diseases incur costs – for example, treatment, lost work and rehabilitation.

According to Blüher, it is especially difficult for those countries that used to have few overweight people and whose growth is now strong. Because they are not ready for the problems there.

Vietnam, for example, has been particularly hard hit: the proportion of overweight people in Southeast Asia rose from 13 per cent to 18 per cent between 2006 and 2016 – a relative increase of 44 per cent. Bangladesh and the Maldives, as well as Vietnam’s neighbors Laos and Thailand, also achieve equally high values.

So far, all of them have been among the states that had no problem with being overweight. In 2016, Vietnam was the country with the lowest proportion of overweight adult residents. According to Blüher, the fact that countries leave at a very low level is probably due to genetic factors, but also to higher physical activity.

However, the fact that the proportion of overweight people is growing rapidly in these countries in all places may indicate a certain development: There, lifestyles are likely to change, including eating habits and exercise behavior. This is also clear when looking at the youngest in society. In 2000, only about 2.6 percent of Vietnamese under the age of five were overweight, compared to 5.9 percent in 2017.

Overall, the weight of children has changed globally. The good news: The number of underweight children has fallen sharply, and has shrunk from about 24.8 percent in 1990 to about 13 percent in 2019. For nutritionist Hans Konrad Biesalski, this is not to be made all clear – because overweight children can also be undernourished. And their share has grown steadily in recent years.

“Obesity is just a sign of too much energy,” Biesalski says. That alone is not enough for a healthy diet. “Often necessary substances such as vitamins, minerals and trace elements are missing.” Especially in developing countries, many children are fed on corn, rice and wheat – or eaten from significantly expanded fast food chains. . In contrast, fruits, vegetables and meat are often too expensive.

The result of this diet: children lose weight – but still they are malnourished. According to Biesalski, many children suffer consequences for life. Often they are smaller and have less power. Cognitive development can also be limited: “Poverty also leads to changes and disorders in brain development,” the nutritionist says.

Biesalski fears malnutrition due to a growing corona pandemic. Goals set by the UN in the framework of the Sustainable Development Goals (SDGs) like stopping hunger is no more to achieve – even if the solution is theoretically simple. “The way is very simple,” Biesalski says. “We need to give people access to better quality food at a price that matches their income.”

This contribution is part of the Global Society project

Reporters reported under the title Global Society Asia, Africa, Latin America and Europe – injustice in a globalized world, social policy challenges and sustainable development. Reports, analyzes, photo series, videos and podcasts appear in the international section of SPIEGEL. The project is long-term and will be supported by the Bill & Melinda Gates Foundation (BMGF) for three years.

Detailed frequently asked questions and answers about the project can be found here.

The Bill & Melinda Gates Foundation (BMGF) is supporting the project for three years with a total of around € 2.3 million.

Yeah. Delivery content is created without the influence of the Gates Foundation.

Yeah. Major European media outlets such as “The Guardian” and “El País” have set up similar sections on their news sites “Global Development” and “Planeta Futuro” with the support of the Gates Foundation.

In recent years, SPIEGEL has already implemented two projects with the European Center for Journalism (EJC) and with the support of the Bill & Melinda Gates Foundation: “Expedition The Day After Tomorrow” on global sustainability goals and the journalistic refugee project “The New Arrivals”, as part of several award-winning multimedia reports on migration and escape.