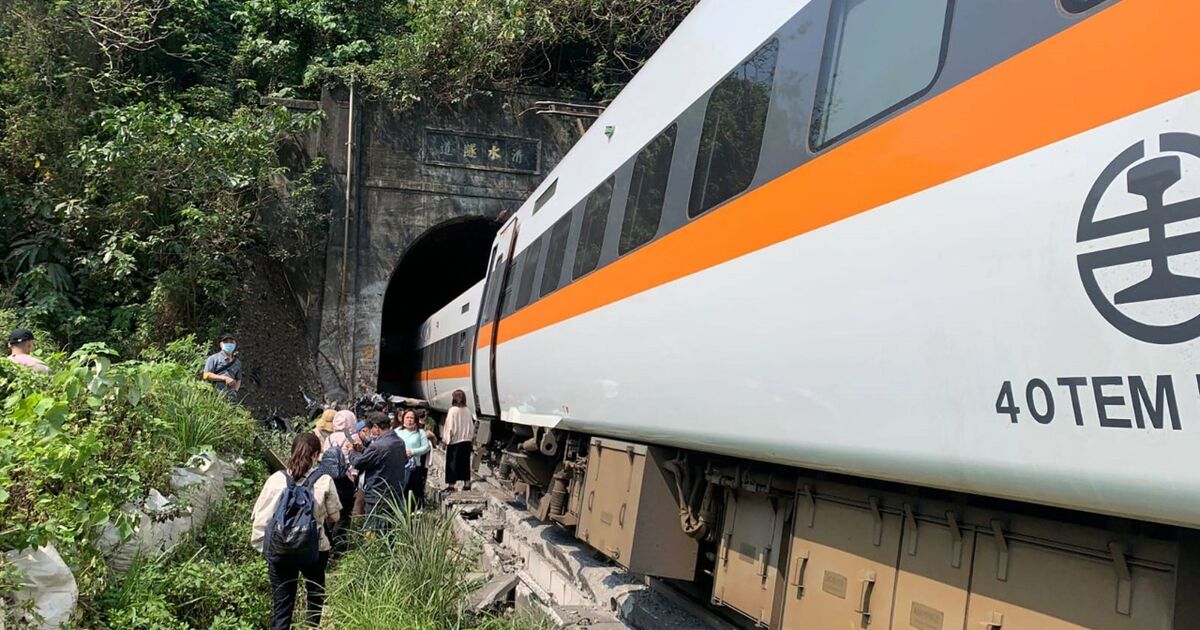 At least 51 people died in a serious train accident in a Taiwan tunnel. In addition, 146 people were injured, as reported by the fire department on Friday. According to the state news agency CNA, the truck rolled onto the tracks caused the accident. Similarly, the train collided with a heavy vehicle shortly before entering the tunnel and then derailed after derailing.

The truck was parked on the construction site above the tunnel and suddenly slid down the hill. Authorities suspect the driver forgot to apply the brakes.

According to the CNA, the collision resulted in five of the eight wagons collapsing. One was thus completely destroyed, while the other train carriages with 492 passengers were severely twisted.

The accident caused passengers to panic. “It was completely dark. People had no idea what to do,” the CNA quoted the passenger as saying. One passenger said on Taiwan television that he and other passengers broke the window together to get out.

On Friday, Prime Minister Su Tseng-Chang apologized to passengers for their condolences. “I would like to express my deepest condolences to the families of the victims and injured passengers,” he said at a press conference in Taipei.

The express train was en route to the city of Taitung in southeastern Taiwan. The accident happened at the beginning of many days of commemoration. The last time a serious train accident occurred in Taiwan was in October 2018 – 18 people died at that time.