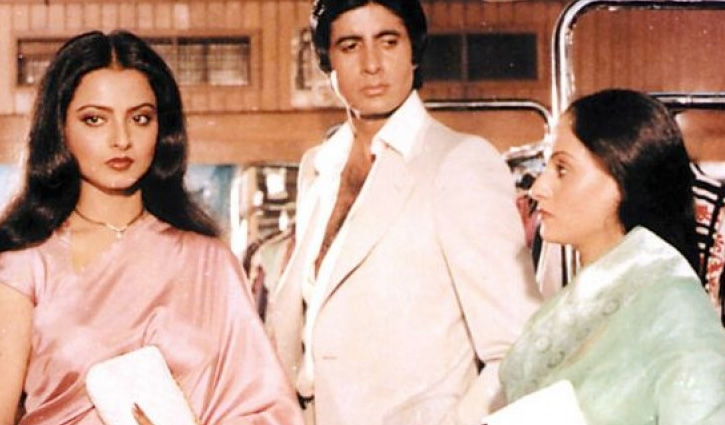 Amitabh Bachchan and Rekha are one of the most talked about couples in Bollywood. A lot has been practiced in Balipara about their love. He is all over now.

In her personal life, Amitabh is married to actress Jaya Bhadur. Much has also been heard about the love story of the Amitabh-Rekha-Jayar triangle. One such case in the past has recently been the subject of new debate.

After the marriage, Jaya has tried her best to keep Amitabh out of line. Although he never talked about it in public. The actor handled the matter patiently. But once Jaya lost her temper and hit Rekha in a shooting package.

Producer Tito Tony plans to cast Rekhan Amitabh opposite Ram Balram (1970). But Jaya couldn’t accept it. He asked the producer to take Jinat Aman instead of Rekha. But Rekha did not take the matter properly. He told the director he was ready to make the film without pay. The producer did not oppose it. Later, Jinat Aman acted in the film opposite Dharmendra. Rekha, for his part, collaborated with Amitabh. Although Jaya was shocked, Amitabh agreed to the film.

Meanwhile, one day Jaya Bachchan suddenly appeared in the shooting. At the time, Rekha was talking behind the scenes with Amitabhi. Jaya couldn’t control herself that day. He hit Rekha in front of Amitabh. Everyone on the shooting trip was shocked. Amitabh also left the series without shooting that day.

Uttam Kumar: A difficult way in the life of Uttam Kumar

Buyers and sellers were frustrated with last day’s livestock market

Ajay’s new look is flashy, with one cheeky beard it is viral in any incarnation