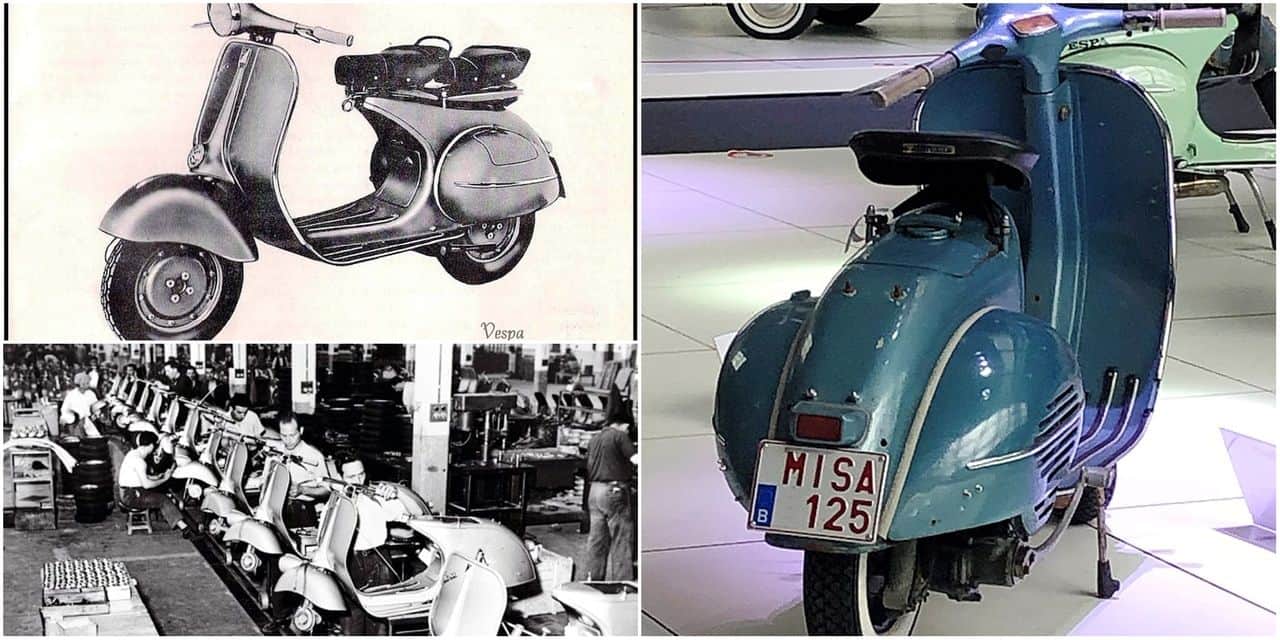 Much more than an object, this moped represents a picture of mobility, adventure, independence and freedom.

The well-known films “Roman Holidays” (1953) or “La Dolce Vita” (1960), for which it has become a symbol, make Vespa, which celebrates 75 years, still an undeniable success today.

The history of this mythical scooter dates back to the post-war period, when Italy was banned from continuing aviation production.