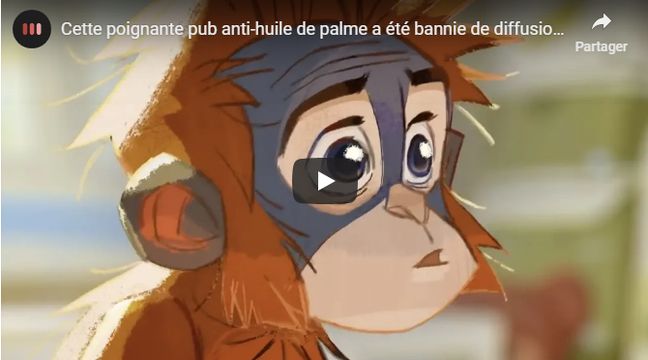 It has been viewed more than 1.5 million times since YouTube. An ad that is banned from broadcasting in the UK has just found another life
in social networks where it is cardboard quality for a few days. Made in the Iceland-Iceland supermarket chain in the late part of the year
With Greenpeace, a short film depicts damage to the environment caused by palm oil cultivation.

An animated advertisement tells about a girl who is forced to live
a monkey who robbed everything in his room. He then asks a small orang utan to leave, and this animal begins to tell about his horrific story that his "house" has disappeared because
forest and its species threaten to extinct …

Petition to be sent to television

A short film "devoted to 25 orangutan that dies every day" was banned from British television. Clearcast, the British advertising agency, censored the TV ad, saying it was "too political" and "did not comply with Broadcasting Committee of Advertising Practice" broadcasters.

Iceland's supermarket chain then decided on Friday to put it on its YouTube channel. The ad was viewed almost one million times per day, and the tweet sent by the brand was redisplayed over 60,000 times in a matter of hours.

The petition has even been created to make this ad finally on the TV screen. More than 300,000 Internet users have signed it at this time …