Why does the Blokker family want to sell their shares? And who? 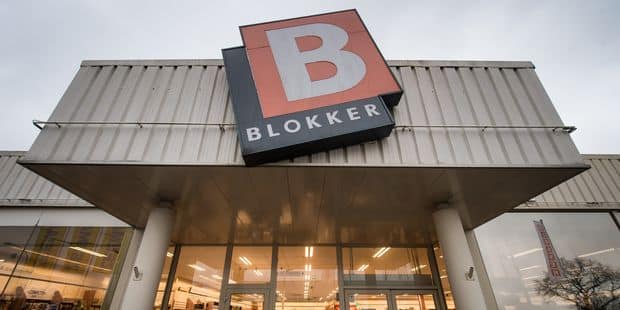 On Monday in an interview with the Dutch newspaper Het Financieele Dagblad, Michiel Witteveen, Managing Director of Blokker Holding, announced that Blokker's family, the only shareholder, wants to divest its majority stake in the same stores in the same name, except for 60 out of 170 Xenos, and unlike other properties (Casa, Leen Bakker , Big Bazaar, Toys XL, Intertoys, Bart Smit). So, what do we know about this likely exit, its causes and possible consequences?

1. Sell who and at what price?

by Het Financieele DagbladDuring the negotiation phase two Dutch investment funds were visited by Parcom and Waterland, who did not want to comment on this. The paper also mentions "explicit" links to possible foreign buyers' questions. Blokker Belgium has a short rumor: The Dutch supermarket Jumbo is interested.

Both Secretary-General of Blokker Holding Peter Krenn, whom we contacted, that Rob Schuyt, President of Blokker Belgium, announced in his statement to Belgian employees on Monday that"An alternative to". In this respect, no concrete steps or decisions have yet been taken ", writes Managing Director Rob Schuyt.

2. Why does the Blokker family want to sell their shares?

The brand is competing with e-commerce and other similar stores, mainly with operations. Blokker has launched a modernization of success technology, he said, but the group is still in deficit. Rob Schuyt expresses this communication to the staff"Possible sales can be positive. When he is a family business for 122 years, he can help (speed up) the company to a new stage".

3. What can be the consequences?

After Michiel Witteveen's statements, the pinnacle of a new brand restructuring in order to return to profitability has risen again. There are 124 stores in Belgium, three in Luxembourg and 430 in the Netherlands. Some have mentioned hundreds of shops to close down and eliminate almost 2,000 jobs and sell shares. Blokker denies it. "This information is incorrect. We do not intend to close our stores in the Netherlands or Belgium except for closures and renovations in our current operations (Trade Reform, NdlR)"says Peter Krenn.

On the side of the party it is unfortunate to learn news through the press. "I'm really agree with employees' worries. Management has given information that is reassuring, but we can worry about another re-arrangement"says Vicky Hendrick, a permanent CGSLB. "We want to believe Blokker's recovery, but the signals are disruptive. The meeting is scheduled on Tuesday with the management and we look forward to his commitments."

There is still great knowledge about the financing of the Dutch parent company, Blokker Belgium. After January 26, 2019 it will no longer be guaranteed. However, it is unlikely that the holding company will close the loss before the final sale of the shares is completed, which will take some time.