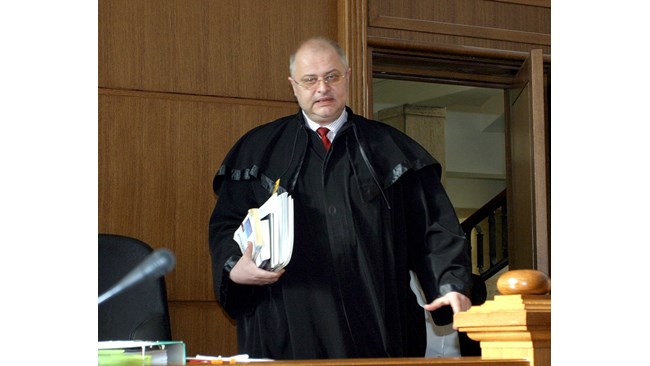 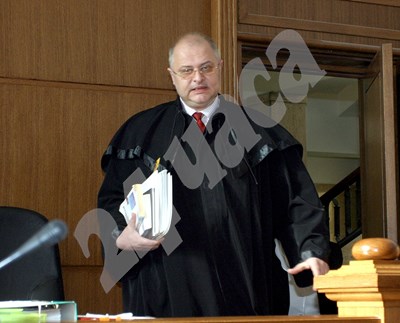 The High Judicial Council dismissed Judge Marian Markov in 2017 for hundreds of delays.

Marian Markov, a judge, had already been fired from the tedious legal system in 2017

The cable extinguisher and portable television set dust for 12 years at the judge's office, and the judgment even disappeared. About 14 years, 3 months and 20 days of inertia, the Supreme Court's Inspectorate announced the name of the Judge of the City of Sofia.

The 24-hour check showed that Marian Markov, released by the Supreme Court of Justice (SJC) in 2017 for hundreds of late cases, is a master of knowledge by both the SJC and the inspector. His name was present in every audit report and against him –

and "has not planned a series of trials within three months". He has been punished repeatedly, cutting his salary by 25% for six months, lowering his position, and much more. From the Supreme Administrative Court's decision confirming the dismissal, he wrote that all remedies had been exhausted.

Varkaus Vassil Kolev, who relies on a slow court case, was handed over to the Sofia District Court in 2004. The trial ended at 9 months in jail.

In 2005 the files went to the city court in Sofia. At the first meeting in November, the group of three members of the rapporteur, Marian Markov, argues Kolevia.

there was only one

With the order of Vice-President of Sofia City Council, it was sent for signature to other Judges of the Chamber of Judges. Judge Mimi Petrova however refused because he did not agree with the release.

Then the chief of the city court, Kaloyan Topalov, ordered the return of the sentence. In February 2017, the Court Judge decided that the sentence was lost.

The court's administration chose a new panel to resolve the case 13 years after it had arrived at the city court in Sofia. In December 2017, a new group ordered Kolev for 6 months with a probationary period.

Kolev must agree with the Ministry of Justice for compensation. It must not exceed 10 000 BGN.

He became a part of Todor Slavkov. He released the killer Chets of Freedom

Before commending the system, Judge Marian Markov tried to lead the Supreme Court by joining Todor Slavkov as a member of Todor Slavkov's "Forward Bulgaria" party. The aim was for the judiciary not to dismiss him disciplinedly, but to dismiss him from the system when he became a party that is forbidden to the judges. But his work did not go.

In 2012, Markov reads a scandalous decision to hand over Nikolay Rusinov-Chetsi's arrest of 15,000 BGNs and accuses him of the unusual chaos of 28-year-old Yanas in 2011 in the Borisov garden. Rusinov did not have the motive to reach Yana Krasteva, "Markov says, but the court annulled the decision, which now serves 20 years in prison.

Markov became a cruel fury in 2012. He was hit by the entrance of the house with the metal box in Sofia. The attacker remained in the "Unknown" column.

Elon Musk shot the price of another cryptocurrency meme

The Chancellor is ready to punish Europe