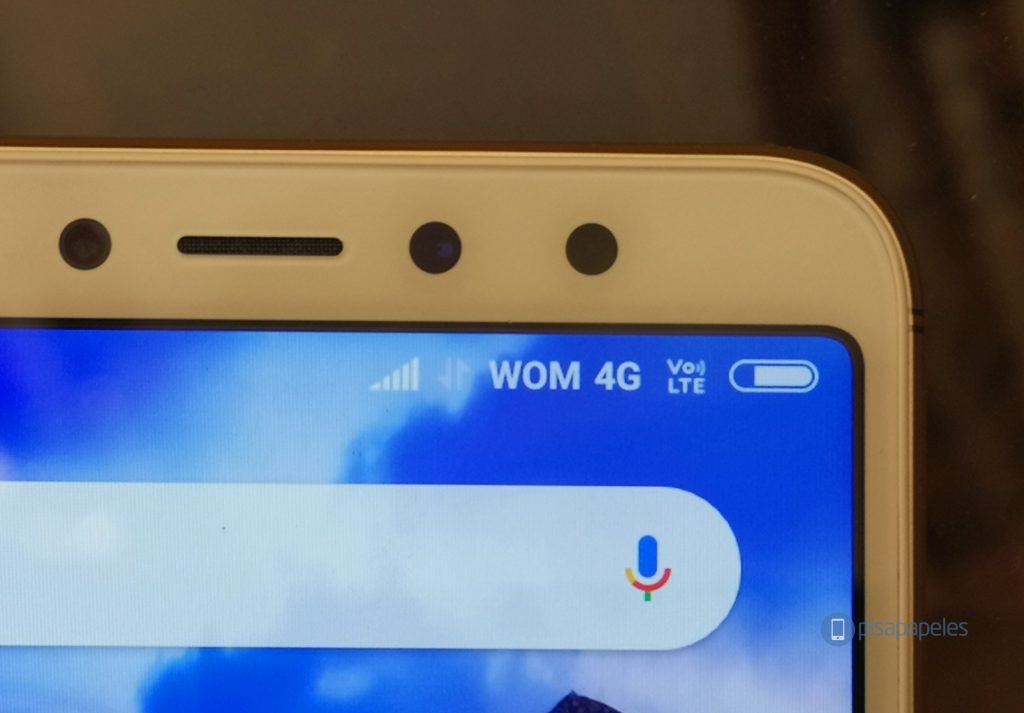 On Thursday, December 13, 2018 was an important date for the WOM operator and on that day it introduced new 4G voice and Wi-Fi voice services, the first of which has provided both services to all its customers and nationwide.

With Voice 4G, WOM customers can make and receive calls through a 4G network that has been transmitted by the operator nationwide. In this case, the connection is only made in 1.5 seconds, and we also have HD sound quality.

Voice Wi-Fi on the other hand gives us the ability to make and receive calls over any Wi-Fi network in the world that provides Internet connectivity regardless of whether a WOM customer is within the customer coverage area. This is ideal for international use and thus avoiding expensive international roaming.

Both services have been gradually activated and today there are several customers who enjoy these services on compatible devices. However, there are some customers who do not know what they are or others who are not customers and want to know how they work.

The same (and at many people's request) I decided to do mini-scanning so that the new WOM operator's services Voice 4G and Voice Wi-Fi could be displayed.

EQUIPMENT USED IN THE CERTIFICATE

To enable me to show you the correct way these services work, I have used three different manufacturers in a smartphone. Two of them are completely factory-free, but WOM supports them. The hardware is: Huawei P20 Pro and Nokia 5, both of which are able to use 4G Voice and Wi-Fi audio.

The third smartphone is also free, but there is currently no WOM support. However, with the simple code that we show here, we can only enable 4G audio functions. The hardware is Xiaomi Redmi S2 (official version of Chile). 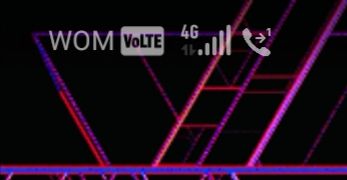 One of the benefits offered by this service is considerably shorten the time it takes to connect a call either when it is received or done.

Today, in 3G networks, the service takes about 4 seconds to connect to a call. However, the 4G sound promise is 1.5 seconds when you play other devices with 4G Voice or Wi-Fi.

Is that really the case? In the following video, you can check it:

Another feature of 4G Voice is improving sound quality, which now comes with HD, as long as the call is made on another device by 4G Voice of WOM.

Then I leave a few audio recordings where you can appreciate the sound quality when you play the 4G Voice program.

The benefits of this service are that calls you make or receive are made via a Wi-Fi network that has internet access. It can be any national or international Wi-Fi.

You can also use this service when you are somewhere where the WOM mobile signal is low or none at all. In fact, you can use it even when your computer is on an airplane and activated on Wi-Fi.

Voice Wi-Fi uses mobile service, so you make or receive calls with your number. If you make calls, they will reduce your plans or the minutes of your available balance. This service is not compatible when making emergency calls.

To make optimal service possible with Wi-Fi, it is recommended that you connect to Wi-Fi networks with an internet connection of 1 to 2Mbps

Like the 4G Voice, the advantage of Wi-Fi Voice feature is a small delay in connecting to a call when calling other Wi-Fi Voice or 4G Voice phones. Of course, we did the same test you saw above but use Wi-Fi, so pay attention to the following videos:

We also wanted to test the sound quality and see if Wi-Fi sound is HD quality or not, so we'll give you the following tests:

WOM has already upgraded your device to compatibility with these two new online services. The official list to be processed is as follows:

The following list is a WOM commercial device that will soon be compatible with Voice 4G and Voice Wi-Fi services: 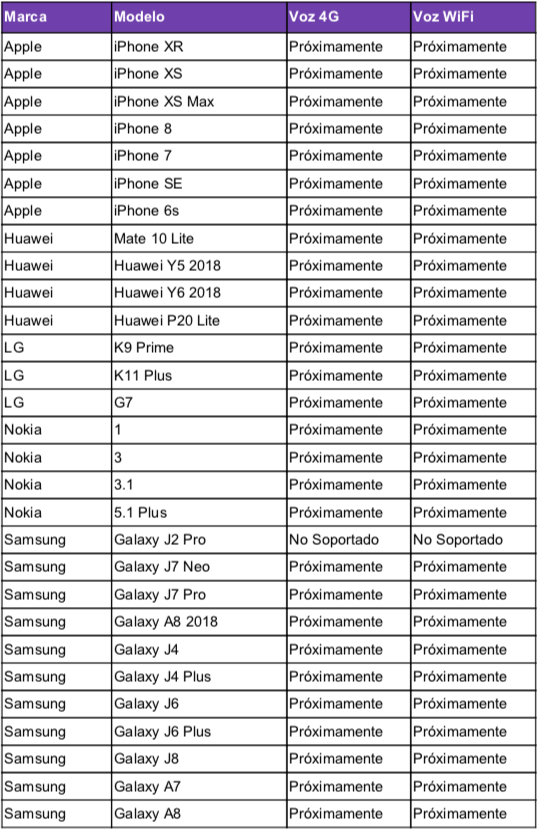 I must admit that I expected from these services that we have tested today with another operator. In fact, the most progressive, was just Movistar, who on November 11, 2017 announced with great fanfare the 4G Voice service from "early" arrival. A year has passed and the only thing that the operator offers is Voice 4G for less than 2,000 POSTPAGO customers and certain locations in the Metropolitan area, Rancagua and Valdivia. A similar situation occurs with Claro.

But on December 13, 2018, we are surprised that operator WOM has announced 4G Voice service for ALL customers and nationally. In addition to being the first to offer Wi-Fi Voice, a very small blow to three major companies, especially Entel, who has not shown signs of providing these services even if they cause disappointment to many of their customers, including me.

The WOM Voice 4G service I think was well suited to what it said by offering because, as you can see in the tests, the delay of connecting the call is fairly modest at the moment when the 4G Voice service is activated and its sound quality is greatly improved, it is really HD sound .

The same applies to Voz Wi-Fi, but most of the service from this service is that we are finally releasing the international roaming, so that we can connect you because when traveling to another country, it is enough to connect to a Wi-Fi network to play all we want or receive calls from loved ones abroad.

Unfortunately, these services are limited to Android devices (with the exception of Motorola who did not want to support their own decision), as iPhone customers have to wait until April 2019 to use Voice 4G and Voice Wi-Fi. Fi, because Apple's policies require companies to conduct internal testing to certify WOM (similar to 4G time).

In any case, I think WOM has done a great job at this event in order to offer new technology to all its customers, which are compatible devices and which will further improve them.