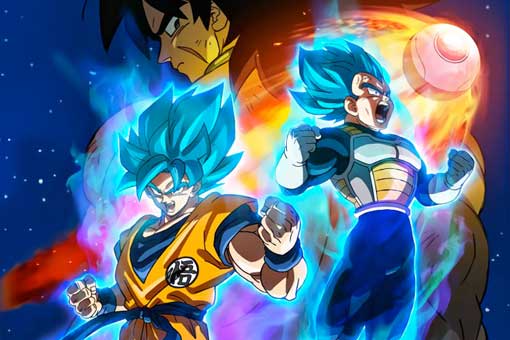 Here we leave you a criticism Dragon Ball Super: Broly, which is one of the most anticipated films of the recent saga.

Thanks for the fact that it has already been published in Japan and we have a friend who has been able to see the movie, now we bring you criticism Dragon Ball Super: Broly. We are trying not to do many SPOILERS and we're just talking about the senses offered by the tape. The story has been centered after the event events Power Tournament. The universe lives during peace, but goku He is not happy with this. Because, knowing that there are other universes with people as powerful as Jiren, decide to continue the training. Frieza, who has never abandoned his idea of ​​mastering the universe, plans to defeat the most powerful Saiyan. So take it to the ground Brolywhose power is so huge that only the union Goku and Vegeta can be a competitor

Here you have a trailer Dragon Ball Super: Broly so that you can enjoy it again:

Do you feel watching the movie? Leave your comments on your statement or our social networks.

The movie is a gift to fans because his drawing is so impressive that fighting keeps you caught in the movie theater all the time. The evening is undoubtedly for those who have grown up with Akira Toriyama's saga. I would even like to say that those who are photosensitive can get dizzy. Everyone supports the look of the battle. The only bad thing I've seen is that the second-tier brands do not enjoy a lot of time on the screen. Which means they look like Goku and Vegeta, the best and most popular. Do not wait for interesting announcements. Only great matches. But at least I was looking for when I came to the room.

And if someone asks how changes are seen. The answer is clear and powerful. They are absolute barbarity. Everyone is more spectacular than the previous one. What makes the movie so much better than others F resurrection (2015) or Fighting the goddess (2013).

In short, I will give Dragon Ball Super: Broly 7 / 10. But I can assure you I'm not objective because I love figures and saga in general. Especially the two main characters, who apparently are the ones that look the most.