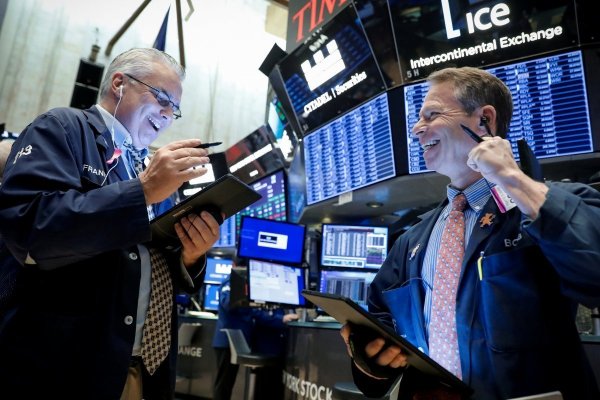 After a long weekend, the Santiago Stock Exchange closed Monday with a 0.29% drop, placing the index at 4871 points. The setbacks of Mall Plaza, Ripley and Parque Arauco put pressure on new restrictive measures.

The holiday ended and investor optimism returned. After the U.S. government announced on Friday Creation of 916 thousand jobs and reduction of the unemployment rate to 6 percent, the stock market hoped that the economic recovery could take place earlier than expected. Especially with Joe Biden’s new $ 2 trillion infrastructure plan.

Moreover, in the midst of a panorama that estimates that the U.S. Federal Reserve will not raise interest rates in the short term, the words of Treasury Secretary Janet Yellen will also motivate investors by proposing a global minimum tax. companies that it will ensure that the world economy thrives on a more level playing field.

Encouraged by the decline in ten-year government bond yields The Nasdaq closed trading with an advance of 1.67% to 13,705 points.

“It’s hard to look around and find many reasons to be negative. We had a big payroll in March, the Treasury has remained fairly unchanged. It’s one of those situations where good news is really good news.” Baird investment strategy analyst Ross Mayfield told Bloomberg.

On the contrary, after several days of rising, oil sank more than 4 percent after Thursday, the Organization of the Petroleum Exporting Countries and its Allies (OPEC +) decided to expand crude oil production from May to July, boosting Iran’s output growth. and the threat of a new Covid-19 wave in Europe.

As Bart Melek, Commodity Strategy Manager at TD Securities, explained to Bloomberg, this combined news “may well mean that the market perceives the imbalance to be larger than before.” In addition, “significantly lower demand from Europe could weaken the short-term outlook for consumption”.

After a long weekend, the situation has become more challenging on the Santiago Stock Exchange, as most of the shares are resale and shopping malls will fall due to new sanitation restrictions that came into effect today, Monday.

Closing borders and changing what has been considered an essential product has forced most companies to close some of their corridors or, in the case of smaller facilities, to close their businesses altogether.

In addition, the health situation remains an obstacle to economic recovery, with Health Minister Enrique Paris reporting 5,807 new cases of Covid-19 in the last 24 hours.

According to the Head of Studies trading The rise of the Capitarian, Ricardo Bustamante, currency “is explained by the political uncertainty at the local level, especially with the future of the constitutional elections and the next government support following the pandemic.”

“This situation should not cause a change in the trend, as downward pressure on the dollar should take it back to a key area close to $ 700 despite brief instability,” he adds.

While most of the Asian and European stock exchanges are still closed at the Qingming Festival and Easter Monday, in Japan, the action is taking more force due to U.S. employment performance.

“He was very uncomfortable”: Shakira’s duo in “Yo Soy” shot Myriam Hernndez again