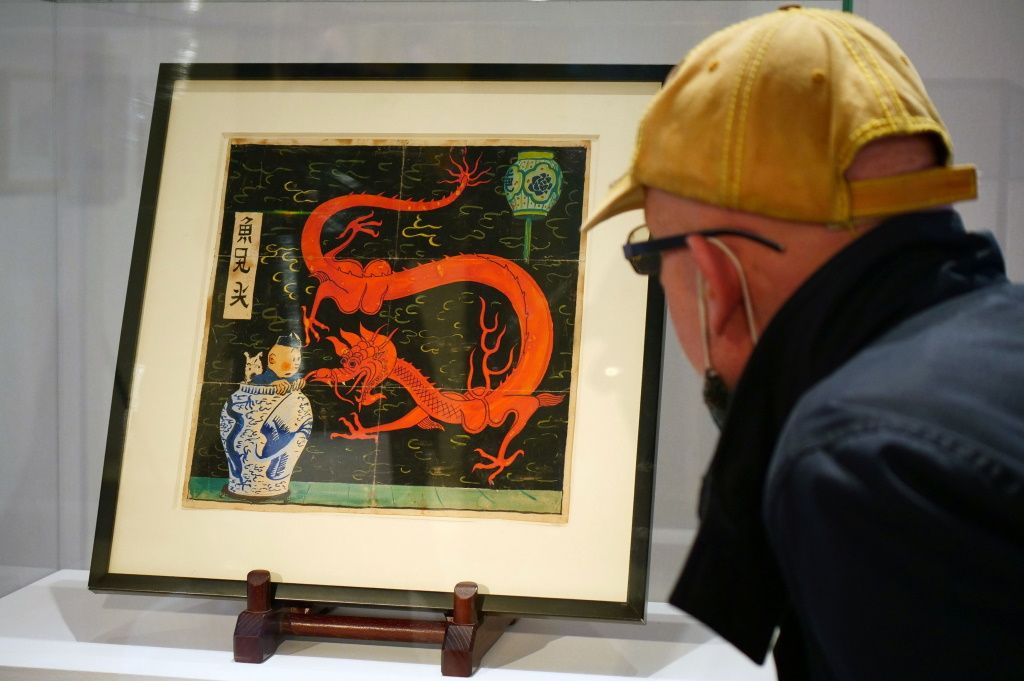 The drawing by Belgian creator Hergé for the cover of the Blue Lotus series in Tintin’s Adventures series was sold in Paris on Thursday for a record € 3.2 million, including fees. In the calculation, it is more than SEK 83 million. According to the Artcurial auction house that held the auction, this is the largest cartoon drawing in history, the AFP agency writes.

“After the auction by three bidders over the phone, this admired masterpiece was eventually sold for € 3,175,400,” the auction hall said. The work was purchased by an unspecified private collector.

Hergé used ink, gouache, and watercolors for the Tintin and Dragon motif in 1936. After all, the result didn’t show up on the comic book cover because it was too small and complicated to print. The secret is the translation of the drawing into six parts. Some think it’s the work of a little boy who got the drawing as a gift, others say the author has to send the drawing in the mail. According to Le Parisien, Hergé’s widow’s husband, who runs the mansion, opposed the auction. According to him, the drawing belongs to the museum.

The current comic book auction record was held by drawings for the title page of books on Tintin. In 2014, they were sold through Artcurial for SEK 651 million, including fees, for SEK 65.6 million.