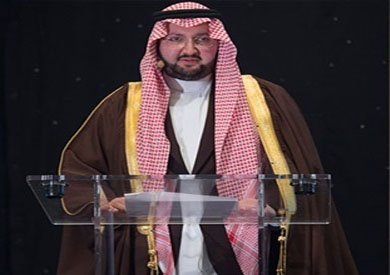 The Arabian King Abdul Aziz Prize for Scientific Research on Childhood and Development was presented to the winners as chairman of the Arab delegation for childhood and development on Thursday, and said that "empowering an Arab child in the era of the fourth industrial revolution" Is the subject of the second session of the award.

Numerous public figures, Arab ambassadors, experts from universities and research centers, representatives of childhood organizations, Arab leaders, Egyptian ministries and the Arab world, researchers, university professors and experts and award winners participated in the celebration. The first such Arab world is dealing with and breaking into this topic to create a scientific movement and academic and social academic momentum towards one of the most important educational issues that represent citizenship as one of its most important pillars. T questions and dimensions of new approaches in areas of socialization and citizenship.

In his speech, Prince Abdul Aziz Bin Talal expressed his happiness to meet this constellation on the land of the Kanana land in an Arabic house umbrella to celebrate the awards to the winners of the first session of the King Abdul Aziz Prize for Childhood and Development. Established by the Council's founder, Late Prince Talal Bin Abdul Aziz, who recognizes the importance of scientific research, especially in the field of childhood and development, considering that the scientific method is a real way of exploring reality and identifying deficiencies and means to improve, our goal.

He pointed out that the purpose of the prize is to deepen the culture of children's rights by enriching scientific research into the development of the child by participating in community development, achieving social protection and protecting the rights of the child in the Arab world, including the right to participation and citizenship and to encourage creative researchers in the research and development area of ​​children.

Prince Abdul Aziz stressed that the choice of the topic of "First Citizenship" prize was not a vacuum, but the results of some studies show that one of the most important problems facing Arab societies is the construction of a citizenship based on the current concept of human rights.

In the light of experience, the Council urged the Council in its various practical and intelligent chapters and to pursue a strategic direction to study the reality of the Arab education and cultural context in the field of citizenship values ​​and to implement the "Raising Hope" model to promote child rearing to raise the awareness of the child. Creative humanity, the enforcement of its rights, the strengthening of its protection and its capacity to participate in the realization of positive and conscious citizenship.

He pointed out that at the first session of the award, scientific and practical effects were obtained, with over 87 studies from 11 out of 11 Arab scientists competing, reflecting Arab interest in this important issue and helping to enrich the Arab library with several research data. And new dimensions and approaches in the field of education and citizenship, emphasizing that success is not just about winning research, but also that this scientific and community movement award is one of the most important educational issues that represent citizenship.

The President-in-Office of the Council stated that the award would be in line with the achievements of the first session and highlighted the role of the Council in supporting and promoting research in the field of childhood and development and in maximizing the Community's dialogue on issues relevant to children and their development. We announce today the prize for launching a second session, "Empowering an Arabic Child in the Fourth Industrial Revolution", which we have chosen as the next strategic direction of the Council, realizing that this industrial revolution is inevitable and that we must be prepared for it.

He stressed that the Fourth Revolution has great and growing implications for all of us industrially and intellectually, emphasizing that it will create a new future for the whole world and Arab society in order to understand the variables of the industrial and scientific revolution surrounding them and their children, represented by enormous progress, and the means and means to raise a child. You can take advantage of the results of this scientific and technological revolution and address their impact on society, people, culture, education and the media.

Prince Abdul Aziz pointed out that the Arab Childhood and Development Committee, in cooperation with several partners, has begun dealing with this issue since the beginning of last year (2018) and had more than a scientific meeting with several experts. This revolution is an inevitable part of Arabian upbringing, and it is the beginning of a strategic plan for the post-2020 period to develop the visions and mechanisms that we must give to the Arabian to deal with the requirements of the Fourth Industrial Revolution.

Finally, Prince Abdul Aziz honored the foundation of his father, who left the enlightened heritage, and promised to keep this heritage constant and continuous with all the meanings of giving and prosperity, thanks to the workers of the Council and its Secretary General Dr. Hassan Al-Baylaw. Experts and scientific and organizational groups.

He also congratulated all the winners and wished the best to all those who participated in the scientific work in this course and hope to benefit from this research so that they can develop and grow Arab children and build future generations. New … in Arab society.

At the ceremony, a co-operation memorandum was signed with the National Family Council of the Hashemite Kingdom of Jordan, based on co-operation to implement the "hopeful" model adopted by the Council and to promote the establishment of Arab education and social institutions to build a new form of education that frees the child in critical thinking and creativity. And give it the opportunity to access the information society and the fourth industrial revolution in a new Council initiative.

The Arab Childhood and Development Committee also published a special paper on this event, presented by Prince Talal bin Abdul Aziz: "In the information society, the progress of peoples and their prosperity is measured by the quality and quality of their education. Those with knowledge can expect achievements. Economic growth and the quality of their communities and standard of living. "

At the award ceremony, a short film on the first session of the King Abdul Aziz scholarship on childhood and development in the Arab world, "The Formation of Citizenship", which included the Council's march and merged with the guidelines and spiritual accumulations followed by an open dialogue on "Citizenship, Dr. Mufid Shehab, Professor of International Law and former High Minister of Education, Nasser Al Qahtani, General Manager of the Arab Gulf Development Program, Secretary General of the Council, Hassan Al-Baylawi, and its media director Amina Khair.

Dr. Mufid Shehab talked about citizenship in the Arab world, and Nasser Al Qahtani looked at the relationship between citizenship and sustainable development goals that the concept of citizenship is an integral part of the history of the kingdom and its founder, King Abdul Aziz, and contains meanings and elements that analysts have analyzed. Social cohesion and its fabric confirmed that citizenship is an indispensable factor that a cautious researcher can address in the concept of sustainability, its inclusion in all parts of society and its sectors, and the preservation of human dignity.

Dr. Hassan Al-Baylawi, for his part, stated the Council's strategic guidelines and its link with citizenship and the fourth industrial revolution, noting that King Abdulaziz's award for scientific research in childhood and development is an initiative established by Prince Talal Bin Abdul Aziz, Prince Abdul Aziz Bin Talal expressed his conviction that it is important to continue the bright process in Arab development and development and to intensify the intellectual and strategic direction of the Council, which will begin its work with the full support of the Council's strategic partner, AGFUND. Children's Rights and Sustainable Development Goals 2030

He pointed out that citizenship is a multidimensional concept, all rights, freedoms, equality, civil and social rights in education and health, and because our country has faced black terrorism, we have added a new dimension to the concept of rights, which is the right to live in terrorism and aggressiveness. World .. provide security and stability and world peace.

He referred to the Council's rich march for thirty years, led by President Prince Talal, whether God had pardoned him, was established through this process, which began in 1986 from four integrated intelligent circles and formed an intellectual framework, the first of which reached human rights access to the 1989 Convention on the Rights of the Child and added new dimensions to it in 1989, the second circle was the child's integration, awareness-raising and rational thinking so that he could participate effectively, which is clearly reflected in the Council's Strategic Plan (2011-2013), which was entitled to participate, meaning capacity building and empowerment of children. increased. Capacity ".

He said that the fourth circle is the stage of departmental integration and their interaction and interaction is a model of "waking up", the Council's model, where the 2017-2020 strategic plan is the current plan.

The winners who took part in this excellent event in the great country of Egypt presented the greatest praise and appreciation to the President of the Arab Member State Council for Childhood and Development for their presence and sponsorship of Prince Abdulaziz bin Talal bin Abdulaziz for this great celebration. Only through the great efforts of those who believe in the importance of work and giving, a pioneer in ideology, positive trends that maintain authenticity in a modern context, and invest in all the opportunities that contribute to nation building and achieve sustainable and comprehensive development for a better life. A human in the Arab world.

The meeting was opened with the participation of participants, who referred to the importance of the Council's efforts and the issue of citizenship and its connection with extremism, terrorism, exclusion and poverty, Dr. Nabil Samuel, a social development expert and member of the government, dealing with the Council's view and role.

Professor Mahmoud Nassim of the Academy of Arts talked about cognitive accumulation in the Council and proposed analytical scientific research on the research presented in the field of citizenship and education and on the monitoring of their intellectual trends. .

Al-Ahram Al-Arabian columnist Elhamji El-Melegy recalled the role of the media in deepening the idea of ​​citizenship, focusing on citizenship, terrorism and extremism.

Ahmed Audi, the scientific value of the Arab Cultural Award and Dr. Najwa Grace, talked about the importance of the award academically.

At the end of the event, Prince Abdul Aziz handed over the prizes to the winners. The competition won 87 researchers who had provided 108 researchers from 11 Arab countries, and 45 Arab experts participated in the research negotiations according to the rules and standards set by the Arab Scientific Committee.

If you are in charge Azzaro will not come to Ahl

For the first time. Ahmed Fahmy reveals the reasons why he has joined the ascetic here and his life in America

Huawei is a delightful news for its users in the UAE

In an official statement. The African Organization apologizes to Morocco

"NASA" Gets A Dramatic Approach to "Asteroid Day Resurrection"