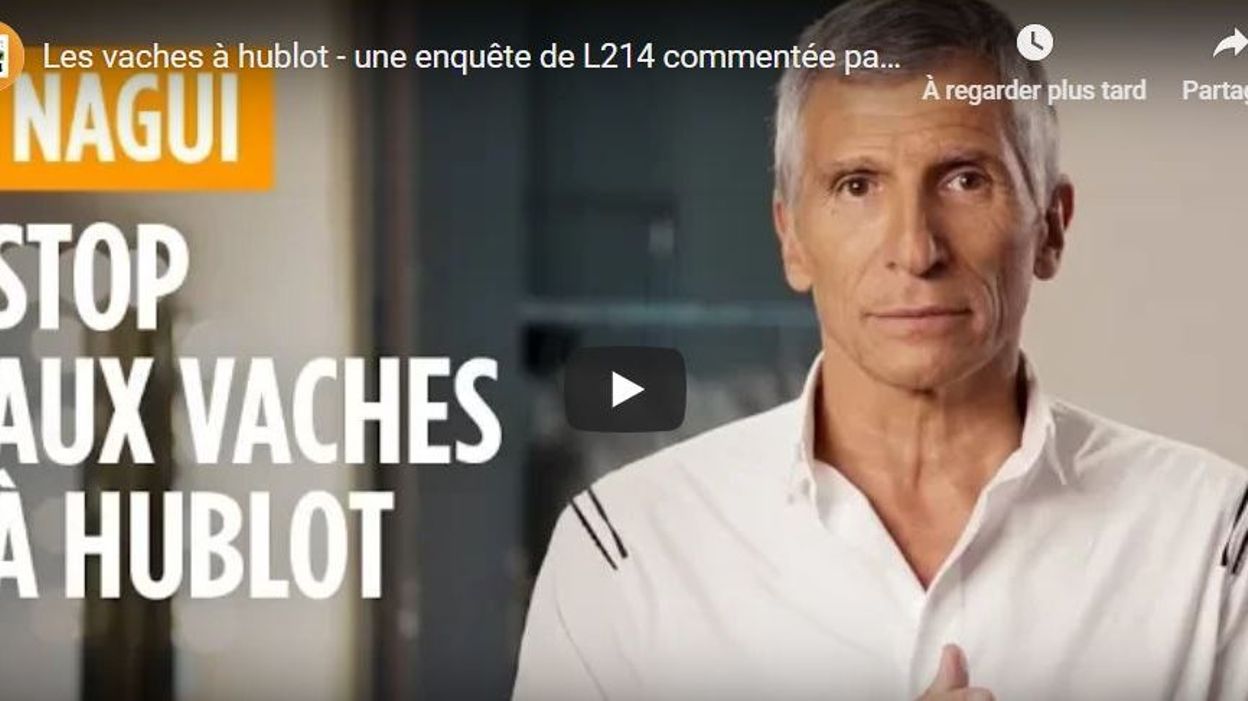 L214, the French Animal Protection Association (a bit like Gaia in Belgium), includes a French company, Sanders, a subsidiary of the Avril Group, a specialized food and human food group. animal. This is the second time in ten days when this group is involved.

The study was carried out at the first private European research center to study animal nutrition at Sourche in Sarthe (near Le Mans) "deeply upset" Nagui, one of the hosts of the Star Télévisions hotel. To the extent that the latter has agreed to take a video (sent this Wednesday to the youtube site) to condemn the company's practices and urge citizens to sign a petition banning the "port" practice of cows. These cows, with a cannula attached, allow direct access to the cattle stomach. A system that allows you to observe and study digestion.

In addition to the "porthole" of these cows, the host condemns the living conditions of living animals. Nagui is talking "Chickens are so obese that they can no longer move" ; "isolated calves in small pens", "some digestive disorders" ; pigs and rabbits "The sick" "locked in small cages".

He adds this company "and intensive processing, which is mostly in France", "Animals are just machines to be made". Situation "to stop" because he "at the expense of animal health and health".

On Thursday, Avril's group reacted to this video through a statement published on its website. it "regrets once again the manipulation of installed images described at night for sensationalist purposes. This is related to the illegal intrusion into the center, which is still open to the public..

For him, the "cannula" process "Used with six cows, is the subject of research to create alternative practices" ; That process "used all over the world " and it"it it is accompanied by very strict veterinary control and is currently the only solution to study the breakdown of plant proteins..

April group adds it"eIn France, this process is regulated by a decree and has been authorized by a research authorization..

Belgium is also using this process

It is true that other research laboratories around the world are using this practice with a "well" cow, also called "canyon". This is especially the case in Switzerland, Canada, the United States, but also in Belgium.

In 2016, this process was already terminated at home with the faculty Agro Bio Tech from Gembloux was questioned. All animal welfare groups were shocked by this practice. Philippe Lepoivre, Dean of the current Faculty, felt that if the indignant reactions were legitimate, they were "that the experience is bad,".

For him it was painless does not disturb the animal in its daily life: "Can be seen when you touch this cannula, the cow does not move and shows no discomfort. One of the two cows gave birth to a calf without any problems"explained one of the professors, Yves Beckers.

It is not certain that these claims will reassure all those who are fighting the end of animal welfare and intensive processing.

Against every morning the core of the news.