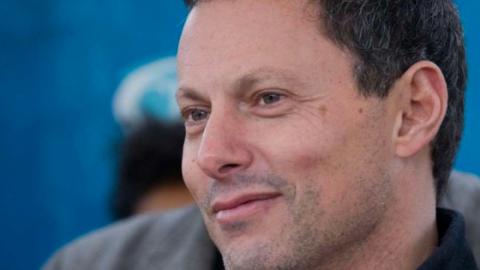 Guest at the show Coffee or tea on France 2Marc-Olivier Fogiel fought to keep the tears behind his relatives' testimonies.

On 3 November 2018, Marc-Olivier Fogiel was Catherine Ceylac's guest at the show Coffee or tea sent to France 2 talk about his book What is my family doing?. The host was a nice surprise to the host of the RTL because his family told him a few words: "Marc-Olivier has always been very responsible. Marco is a sign of the nature. He will not leave you with your problem ever. He does not make things half, he's strongsaid her sister Marianne, a professional cardiologist.

"Because I was small, I think he already saw himself high and wanted to be long. He is someone who is thick, strong. Everyone in the family can call him two in the morning, he's there. He's a good guy, but he's under control"said big brother Jean-David, an engineer who adds his brother's new role:"I think he's happy now, he has not always been, but he is. His priority is his family. He is a cake dad, he does not want to go for binding educational logic, but instead leaves it instead of his husband."The opinion of his sister, who completes:"He was incomplete without the father, giving him the opportunity to be completely self. It's a protective dad, little when they move the toes, he explodes into tears, so he needs to settle down a bit!"Beautiful love testimonials that made a few tears to Marc-Olivier Fogiel.