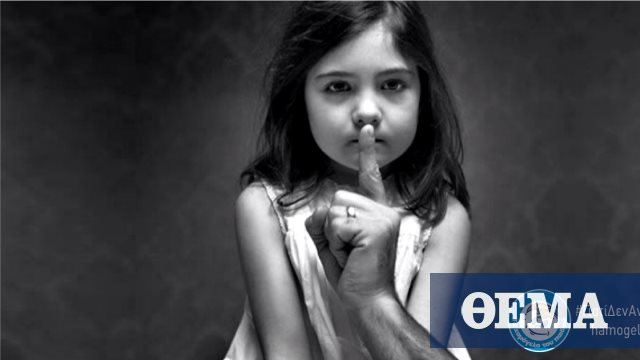 Statistics on the sexual exploitation of children in Greece are not representative, most children never report that they have been subjected to this form of violence. Anger, shame, guilt and fear lead children to the victims so they will not reveal what is happening to them. "Children's Smile" continues the second year of the Pan-Hellenic campaign "Remains Secret" and invites actors, media and citizens to come to the "voice" of victims, which reveals and condemns all the events in order to highlight the phenomenon in its true dimension.

In fact, the figures are much larger than the "Smile child" press conference in Thessaloniki, the press conference of the Immediate Social Protection Center in North Greece, November 19, World Day Against Abuse of Children.

"We continue the campaign" the remaining secret ", a veto on the exploitation of children is an unresolved issue and we see that the events continue to exist and remain secret," emphasized Ioanna Makri, coordinator of North Greece, "The Smile of the Child".

During the first ten months of 2018, the organization received 124 requests to receive all forms of violence against all child victims. The requests concerned 218 children. The reason for leaving 12 children (5.5%) was sexual exploitation. In 2017, there were 297 children in the House, of whom 9 (3%) were sexually abused. In the first ten months of 2018, 299 children in the agency's households, 6 (2%) were sexually abused. "Smile child" both scientifically and on the ground, carries out activities and provides services to preventive levels of children and children as victims of violence at intervention and care level.

In Athens, the child's house, the first in Greece, the Day Center, the psycho-social rehabilitation of children and young people, abuse, neglect, victims of domestic violence and bullying children.

During the review of the "remaining" campaign, organizational psychologist Eirene Surgouni stressed that nine workshops in Greece (Athens, Patras, Larissa, Ioannina, Chalkis, Heraklio, Chania, Tripoli and Thessaloniki) were held in 2017 in 15 proposals for preventing and dealing with the phenomenon.

A total of 66 000 citizens visited www.meneimystiko.gr. In addition, proposals were submitted electronically to 17 500 citizens. There were 30 Facebook messages with 1,000,000 users, 24 posts on Twitter, over 500 articles, and a release.

Children's "Smile" especially stresses the need to set up one of the body's sexual exploits and the nature of their sexual abuse and the institutional care of sexual education in primary school schools to inform children in an appropriate way, and on the other hand, knowing what they should be banned, suspected and what to look for they are being threatened.

In Greece, the creation of centers where a dedicated scientific team brings together every victim to sacrifice everything that is totally and definitively connected to fully-qualified interviewers in a safe and friendly environment and by restricting the potentially involved services of the participant to make the child victim more receptive to interviews or recommendations before or after this verified certificate to prevent the child from being included in the proposal as a secondary victim of a bis organization.

For example, stricter and more exemplary punishments are proposed for those who have been convicted of sexual offenses against children who must act in full punishment without any relief, and remain in prison for the duration of their detention. keep a record of convictions for sexual offenses against children. It also stresses the need to link prosecutors' offices nationwide so that prosecutors have access to documents relating to cases of sexual exploitation of children.

Nadia Boule: Revelation of her daughter’s name – You don’t care what she calls her

A.Bourla: The effectiveness of the Pfizer vaccine drops to 84% …

With Helsinki in the Europa League if Neftsi rules it out