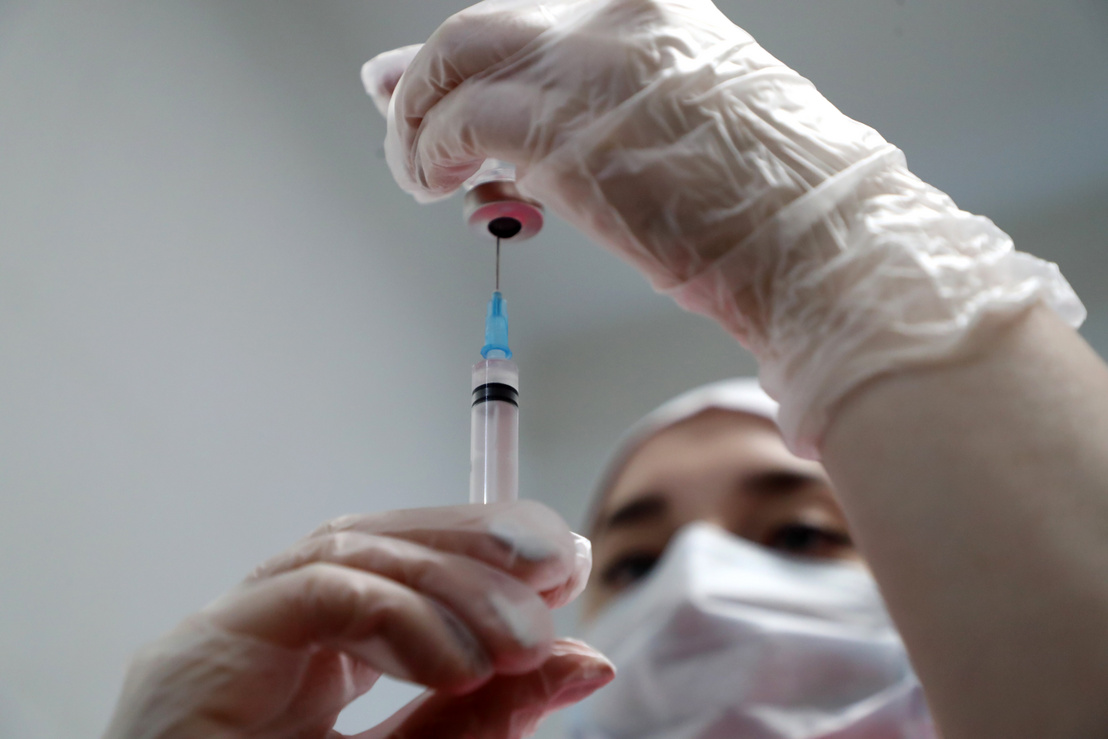 The government information center informed MTI that it was Hungary 19.7 million doses of Western vaccine Pfizer-BioNTech, Moderna, AstraZeneca, Janssen, CureVac, of which only Pfizer-BioNTech and Moderna are currently approved by the European Medicines Agency (EMA).

It was also written that between 26 December and 12 January, four consignments of Pfizer-BioNTech and one Moderna arrived in Hungary, Enough to vaccinate 129,860 people. Most of the vaccines received have already been used at hospital vaccination sites, and vaccination has also begun in nursing homes.

The government wants to be faster than Brussels

Gergely Gulyás told Government Info that the supply of vaccines in the EU is slow, with less than 100,000 weekly arriving in Hungary via the EU, which takes about 30 weeks to vaccinate 3 million people. Gergely Gulyás stressed that the government wants to leave the era of closures behind earlier, but this will require getting the vaccine elsewhere.

In line with this objective, a government decision published in the Hungarian Official Gazette states

According to the government, in addition to purchasing vaccines in the EU, it is necessary to buy coronavirus vaccines to protect the health and lives of Hungarians.

The government appointed Péter Szijjártó, Minister of Foreign Affairs and Trade, to take the necessary measures to procure new vaccines, and Minister of Finance Mihály Vargan to provide the necessary funds from the Health Insurance and Epidemic Protection Fund.

At a news conference, the Foreign and Commonwealth Office called it a scandal that the European Commission had been attacking countries for several months that wanted to buy vaccines from other sources.

Péter Szijjártó says that the vaccine for the development of vaccines supported by the European Union has reached the EU Member States the slowest.

Viktor Orbán on Kossuth Radio Good morning, Hungary! He stressed that the vaccination capacity in Hungary is much higher than the number of coronavirus vaccines available. According to the Prime Minister

Hungary can vaccinate up to one and a half million people in one weekend.

He also said they would soon be vaccinated for health workers and social housing residents. Chronic patients over the age of 60 may also get it soon.

As for the Chinese vaccine, he said the Hungarian health authorities only need to declare it safe. He expects a careful and swift decision from the authorities.

There is nothing to prevent the Hungarian Government from negotiating

The government’s recent decision aims to get Hungary more vaccines than the European Union allows and procures.

However, this does not mean that purchased vaccines, the widespread use of which has already begun in other countries, do not have to go through Hungarian authorization procedures.

there is nothing to prevent a Member State from negotiating separately with vaccine manufacturers not covered by a joint procurement program and, if necessary, issuing, on its own responsibility and under its responsibility, a temporary emergency authorization for the use of such a vaccine.

The consent of the Member States means that, in addition to the joint negotiations between the European Commission, they will not be negotiated separately, perhaps at an overcharge. manufacturers involved in joint procurement of vaccines.

“This will ensure that vaccines are available everywhere according to a uniform distribution principle based on population and that, for example, smaller Member States are not at a disadvantage compared to countries that can order larger and larger quantities.”

The EU is already interested in a Russian vaccine

The government is still awaiting the results of clinical testing of the Russian – Sputnik V vaccine. At the end of December 2020, Péter Szijjártó announced that 6,000 ampoules of Russian vaccine had arrived in Hungary.

In Russia, which involves 40,000 people, they are outside the Sputnik V clinical trial, showing an efficiency of 91.4 percent.

Personnel Minister Miklós Kásler explained that according to the rules of the clinical trial, vaccination will be given to 3,000 people first, and if the tests are successful, the Hungarian authorities can allow the general use of Sputnik V.

Ildikó Madurka, head of the Korányi Institute, told the Spirit FM Exclusive event on January 8 that he was a member of the Hungarian delegation in Moscow who saw the preparation of the Russian vaccine.

The professional trip was also attended by members of the National Institute of Pharmacy and Food Health, as well as virologists who participated in the Hungarian licensing process.

Ildikó Madurka said that in Moscow they had the opportunity to talk to colleagues from the pharmacovigilance organization there, who qualified and tested the Russian vaccine, and also went to the factory where Sputnik V is made.

According to the chief of the Korányi Institute, the Russian plant could have been part of any European country, as it has a modern laboratory that many Western European countries would be happy with.

He also revealed details of a clinical trial of a Russian vaccine: they perform a PCR test, an antigen test on humans, they have to fill out a questionnaire every day. The person who received the vaccine was automatically fed into the system.

Patients who received a wristband that records their respiratory heart rate and heart rate in the system were also screened during the video conference. Ildikó Madura added it

the clinical trial is similar in Hungary.

The European Commission recently announced that the European Medicines Agency (EMA) is also in preliminary negotiations with the manufacturer of Sputnik V.

So the situation seems to be that, although the Hungarian Government has taken action on the Russian vaccine earlier than the European Union, it is already seriously interested in Sputnik V. The problem is that Russia does not have enough production capacity. At least Gulyely Gulyás had previously told ATV about this.

We are happy to take part in the testing, but vaccines may come from EU purchases or from China

The Chinese vaccine is effective

In addition to Russia, the vaccine from the Chinese company Sinopharm (also known as several Chinese vaccines) is another that the government says can help fight the epidemic.

Péter Szijjártó said that the United Arab Emirates and the Government of Bahrain are constantly consulted because Chinese vaccines have been used in these countries, so the national authority can use the experience and documents gained from them in the permitting process.

The Sinopharm vaccine was approved by the United Arab Emirates in early January, and 86 percent of its effectiveness is based on preliminary results from the third phase of testing and 100% prevention of moderate to severe disease.

Virologist Gábor Kemenesi told Klubrádión Evening Fast that the Chinese vaccine is based on results published so far (the results of the third test phase have not yet been published).

it is a very effective vaccine that is definitely classified for its vaccination reactions.

if Hungary wants to achieve livestock integrity, the solution could be a Chinese vaccine.

The expert added that these Chinese vaccines have already been tried in many countries and have not been shown to be ineffective and no serious side effects have been reported. The downside was that it had to be vaccinated three times.

He explained to the ATV.

The directory has asked the Ministry of Personnel and the National Institute of Pharmaceutical and Food Health Research, among other things, to find out where the clinical trial of the Russian vaccine is going and when the same could start for the Chinese vaccine. We have not yet received answers to our questions.

However, operational staff, including on the Index issue, said the properties of the Russian Sputnik V vaccine were studied in the context of scientific collaboration. Miklós Kásler has previously announced that the South Pest Central Hospital and the National Korányi Pulmonology Institute are participating in a Hungarian clinical trial.

Big trouble, Prince Charles came crying from the hospital where the Philippines is being treated

Is there a little dust in the laptop? Sonnet’s new Thunderbolt 4 dock helps!