Chopping and changing is over in ODIs, says Ravi Shastri ahead of India's departure to Australia 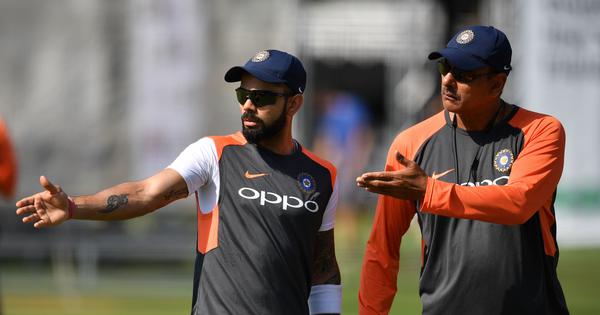 India head Coach Ravi Shastri said the one-day internationals in Australia will see an Indian team that is close to the one that will head to the World Cup in England, confirming that there will be no more chopping and changing.

"The Test series is obviously important because this is the last [big] series before the World Cup, so the focus will be on that. As far as the ODIs are concerned, we will play close to a 15-member Squad that will go to the World Cup. Chopping and changing is over now. Rest period is over. "

"Now is the time to really focus, play as a unit, and hopefully not have too many injuries. There are not too many games left now, the eight games in Australia and New Zealand will be a good test and five against Australia at home so we'll try and play the best teams in all those games, "Shastri said.

Team India will play three Twenty20 Internationals, four Tests and three ODIs on their tour of Australia. The ODIs will start in January.

Asked whether the team had progressed the way he wanted before the Overseas leg started early this year, Shastri insisted the performances have gone up a notch.

"I see a lot of progress across all formats. And I say that despite the scoreline in England. When you look at actual performance across all three formats in conditions that are foreign to us, I'm more than happy, "the 56-year-old said.

"It's still a learning process. If we learn from the Mistakes we made in South Africa and in England, I think it will stand in good stead in Australia. "

When posed the same question, India Captain Virat Kohli was a bit more critical in his judgment, saying there was still room for improvement.

"Well, I personally feel that we have definitely made decent progress but there is still a lot of room for improvement. The thing is as a group we realize what we need to work on. So it's up to individuals to take responsibility and understand expectations from a team culture or goals point of view. Individuals need to work on those things, "Kohli said.

According to Kohli, the performances in England were dissected and it was up to the team to correct areas of concern.

"We need to strike a balance of when the situation is against us how to control it better and how to find a way out of it rather than getting out of it immediately. Those are little things that we need to work on. The same goes for me as well, individually. In Test Cricket we really need to tighten things up. "