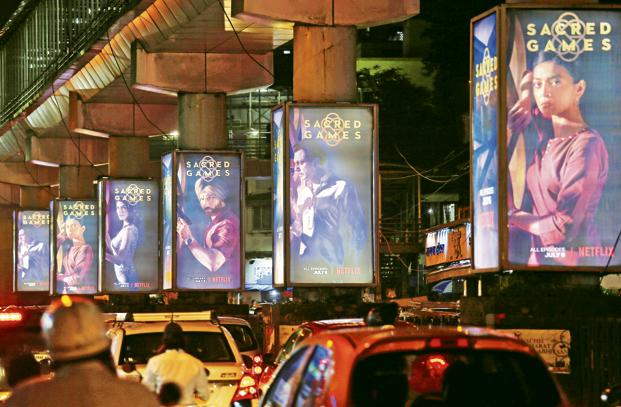 Traffic moves on a road past the hoardings of Netflix's new television series "Sacred Games" in Mumbai. Image: Reuters

Netflix exceeded forecasts in both the US and international markets, with the bulk of new subscribers coming from outside the United States where the company has been investing aggressively.

The firm has earmarked $ 8 billion for content this year, and has spent $ 6.9 billion as at the end of its third quarter.

Netflix recently launched a blockbuster Mumbai-based crime thriller in India, but has also been sued over comments about a former prime minister and is facing an uncertain future with two of his hit shows whose Actors have been accused of – and denied – sexual misconduct.

At the end of September, Netflix had 137 million subscribers to its movie and TV streaming service worldwide. It started stocking its library with original Films just three years ago.

(This story has been edited by a wire agency feed without modification to the text. Only the Headline has been changed)