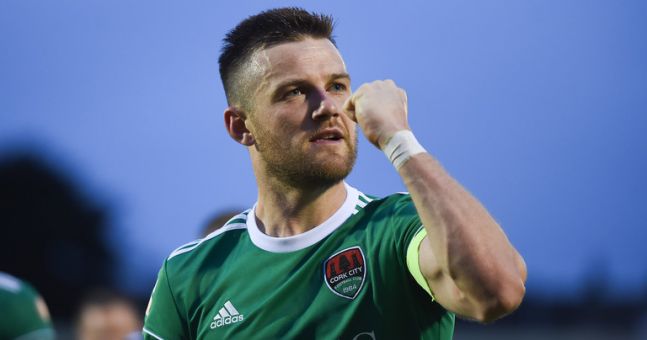 After being told tonight that Steven Beattie leaves Cork City, fan favorite has written an emotional goodbye to Turners Cross for the faithful.

Cork City FC can confirm it @ steven5beattie has left the club. We want to wish him all the best in the future.

"You're losing a player, but you're gonna get a fan, because now I'm a fan forever looking from afar"

On Twitter this evening, 30, who joined Cork City three years ago, sang some of the original remarks he made after making a decision.

"Where do I start? First of all, I'm so devestated than all the others after Sunday," revealed Beattie, who missed the last defeat in the FAI Cup in Dundalk on Sunday afternoon.

"Knowing that I can not use the Cork City to Jersey again hard hard hard, I'm proud of each boy and even though we were short, I know how hard we worked and deserved to display some kind of silver material to it."

Reporting that he has had a lot of experience with the club, Beattie rescued his friend for the past three years, with good words.

"John Caulfield, I owe so much," Beattie confirmed.

"He took me here almost four years ago and made a promise that we could win trophies and he gave this promise.

"He does not have the respect he deserves from some people, man is the winner, the simple one."

Fans honoring him since joining, Steven Beattie was eager to mark his grief at the time of his departure.

"I think it is well known that Cork fans have had a special relationship.

"We're about to come up with Dubs, but I've never been home as much as here. You're following us all over the country and in Europe.

"The love and passion of this football club are unmatched, and I know that boys will give you more rewards in the coming years.

"Thank you for your support, it has meant the absolute world for me."

Wonderful reflection on his time in Cork City, you can read Steven Beattie's full comments below.

See also: Irish fans do not have to worry about Nigeria's interest in Michael Obafemi

21 things to do in Ireland on holiday weekend Summer is in full swing – RTE.ie