Nuclear power is needed. It is clean because nuclear power plants do not emit carbon dioxide2, efficient and relatively cheap. However, the uranium stockpiles currently in use may also be depleted. Or countries that export mostly uranium ore can start manipulating this fuel. But scientists already have the answer: we can screen uranium from water. 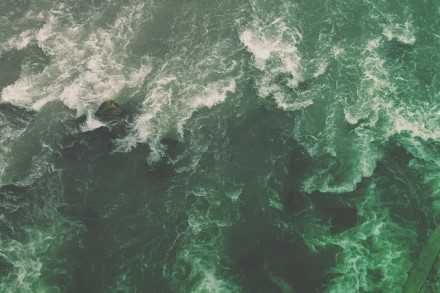 80% of uranium resources are concentrated in 8 countries. Not everyone is kind to us. Not all of these resources can be easily transported. Therefore, many countries are not even able to take advantage of these opportunities. But there is a lot of uranium in the oceans. In fact, scientists estimate that the world’s oceans contain 1,000 times more uranium than the earth. How to take it?

In a new study, the researchers described a polymeric peptide hydrogel that could simply leak uranium from seawater. It is also good that it opposes ocean organisms – such uranium locks would not grow on polyps or other creatures. According to the researchers, this hydrogel can extract enough uranium from water to be profitable.

In 2018, scientists tested a similar system and collected 5 grams of yellow uranium powder. A new hydrogel can do this even more effectively. Uranium concentrations in the oceans are very low, but scientists believe they will be able to build plants that will effectively capture uranium suitable for power plants. And there would be several materials used to create the hydrogel, so the process itself would be completely clean.

The European Union is preparing to declare nuclear power plants an investment in green energy. Scholars mostly agree. Nuclear power plants can be completely clean. People are afraid of safety, but accidents are very rare. In addition, modern technology makes power plants even safer. Of course, solar and wind energy have their advantages, but electricity is very expensive. Nuclear power provides cheap and environmentally friendly energy. Especially if the fuel can only fish in the oceans.