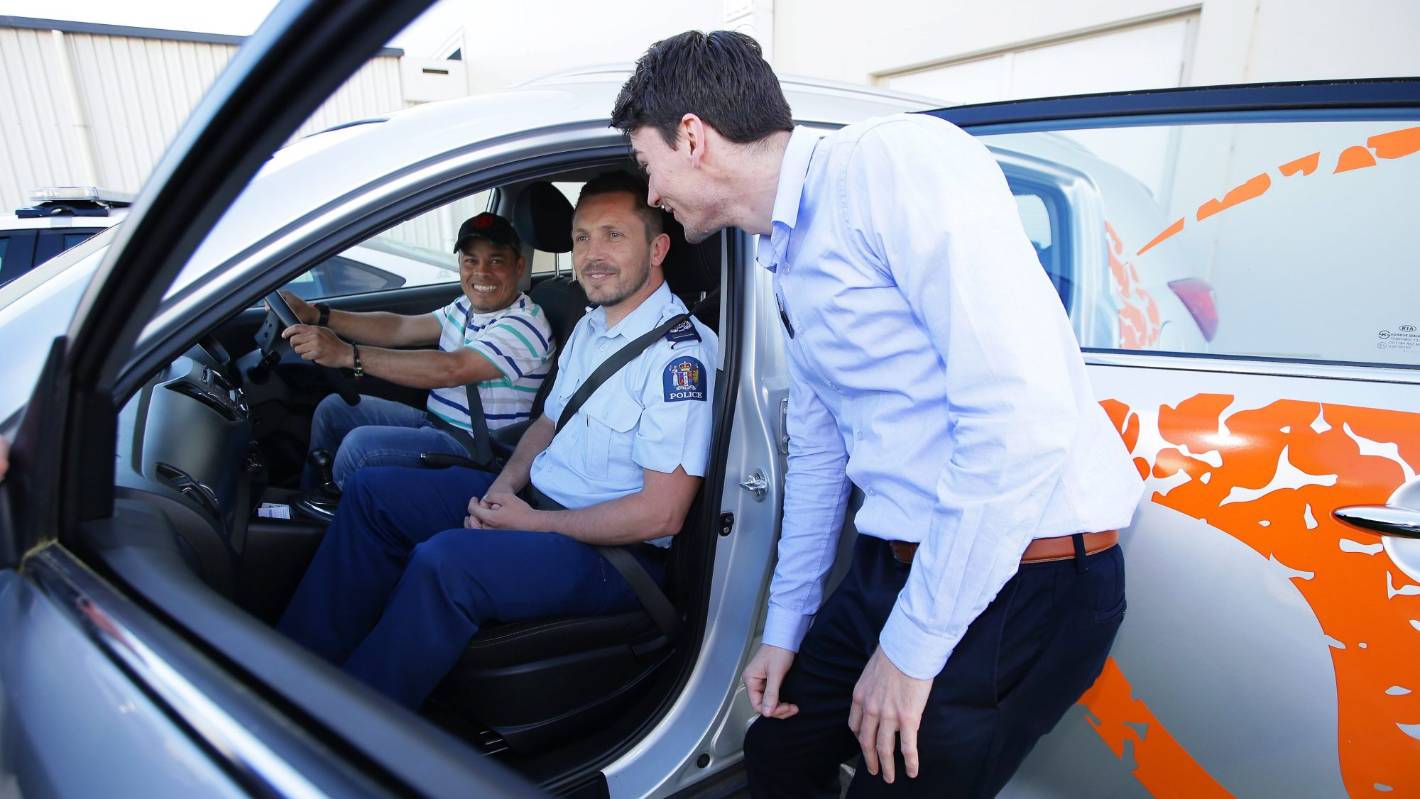 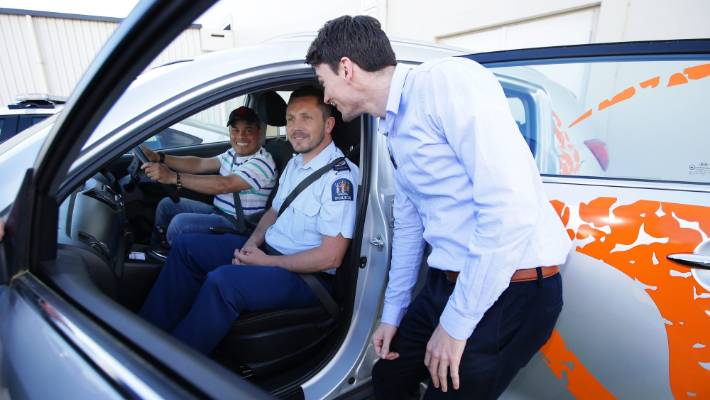 Former Colombian refugee Mauricio Calero takes the wheel on the passenger seat of Jon Bisset, Senior Officer of the Head of Police in the Southland Circuit, and Callum Clark's Project Manager for the Red Cross Refugees Program.

Less than a year after the arrival of Invercargill as refugees, four Colombians now have a job and a driving license.

The Drive My Life program in Southland helped the Colombians to acquire their pupil license.

Seven have completed the course and another 10 works to get learning permissions.

READ MORE:
* Hato Pāora schools have a limited driver's license before the end of school
* The police urge drivers to be safe after a bad year on the roads
* A new rule for limiting driving licenses

The HWR Group has hired four, and the other has engaged with the company.

Brent Esler, Managing Director of the HWR Group, said the company was suffering from the shortage of lorry drivers and looking for potential drivers that are motivated and hard-working.

The Colombians showed what kind of features the company was looking for staff and company, was the chance to make little social support for new immigrants, he said.

Drive My life coordinator Cara McLardy has so far told the Colombians a 100 percent success rate.

When the Colombians were asked what they meant to get licenses, many said they had their own New Zealand source, McLardy said.

The refugees are now permanent residents.

Another 10-person group would start their course for a new year, he said.

Most Colombians stay in the program until they get a full license.

The Red Cross Refugee Program Coordinator Callum Clark said the license would allow Colombians to fill out their applications.

Although they had a certificate of identification, applications usually require two New Zealand tags or licenses, Clark said

The Red Cross set them on Drive My Life to make sure they were safer drivers, Clark said.

As the Road Safety Officer of the Southland District, Senior Officer Jon Bisset said the program had taken several community collaborators since it was first launched in May.

The program is designed to help the most disadvantaged people in the community to get driver licenses, Bisset said.