Why Did Meghan Markle Not Stand With The Royal Family On Remembrance Day? There's A Simple Explanation 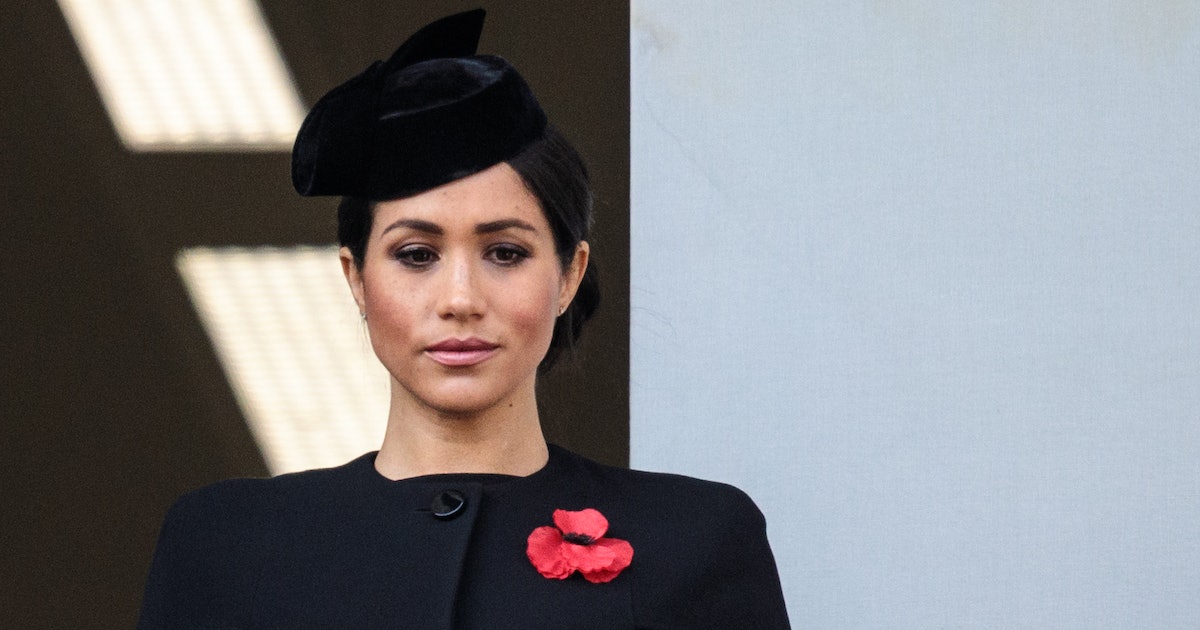 The Remembrance Sunday was a solemn one around the world, as it marked the hundredth anniversary of the end of World War One. With the Seas of people dotted with red poppies paying tribute, the royal family attended a moving Commemoration at the Cenotaph War Memorial. While many eyes were on Prince Charles and German President Frank-Walter Steinmeier as they laid poppy wreaths at the base of the memorial, some noticed that the Duchess of Sussex was oddly separated from the rest of the leading female members of the Royal Family. So why did not Meghan Markle stand with the Royal Family on the Armistice Day Centenary? There are a couple of reasons, but none of them are shady as some people have been speculating.

The Queen, the Duchess of Cornwall, and the Duchess of Cambridge all shared a balcony while Meghan, Duchess of Sussex, watched the proceedings from another one separately. According to People, there was a pretty practical reason for it. The outlet reported that given that the balconies they were all standing on were very small, so "it's almost impossible to fit more than three or four women on each."

Although Meghan Markle may have fit on their balcony in theory, it would have meant that a very important figure at the proceedings would have been left stranded on their own.

The Duchess of Sussex was accompanied by Elke Büdenbender, the wife of German President Frank-Walter Steinmeier, as they watched the proceedings unfold. It was a pretty important task, given that the significance of both Britain and Germany coming together on Armistice Day is a Massive one. As with the rest of the royal family, Meghan joined them in wearing a bright red poppy pin.

Büdenbender's husband joined Prince Charles in leading the memorial process to honor the Armistice which ended World War One a century ago. It was a significant coming together of the two nations The Telegraph called it a "historic act of reconciliation between the two nations." As is tradition, at 11am. they held a two minute moment of silence to honor the fallen.

If you're wondering where Prince Harry was, he was on the ground with his brother Prince William and Prince Andrew as they also laid their own wreaths at the Cenotaph. Following the proceedings, they then went onto Westminster Abbey where a special Centenary service was held. Flowers were also laid over the grave of The Unknown Warrior.

This is not the first time that Meghan Markle was standing in the middle of high profile royal occasions, as many noted she was standing slightly behind Kate, the Queen, and Camilla during Trooping the Color. Joe Little, the managing editor of Majesty Magazine, explained it People that "there's a pecking order" to the arrangement of the royal family on the palace balcony.

He said, "She was not as prominent as some people might have expected, but there's a pecking order. There was no slight intention, but William was the older, more senior brother would go out [first] with his wife. [Meghan] was still in a good position, "he continued. "She was central rather than the alternative of being in the front row and up the balcony to the left or right."

The palace source also explained that "there was a lot of kids who would want to be on the front" during Trooping the Color, so that they could see the colorful display without having to peer over their much taller relatives.

The littlest Royals including Prince George and Savannah Phillips also drew a lot of attention standing on the front of the balcony, as Phillips went around with him and put his hand over his mouth as he began to sing the national anthem. Clearly unimpressed by his singing, Princess Charlotte on the other hand was not having any of it and ignored their antics.

The source continued that Meghan actually would have chosen her own position on Buckingham Palace's balcony during Trooping the Color, saying that it would have come from her. They elaborated, "There's no one laying this out, telling her where to stand."

Kind of surprising TBH, given that there seems to be some tradition or complex hierarchical set up for most of the Royal Family's public Appearances. Hopefully Meghan Markle's settling in just fine, as there's a terrible lot to stay on top but she seems to be doing a marvelous job so far.