Concert for Independence at PGE National. Who's on stage, who's among the guests? (relationship, pictures) 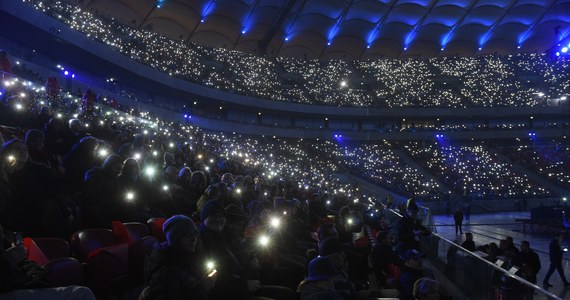 November 10 at 20.15 The special event of the PGE National Pitch began the Independence Day of Independence Day tomorrow. On stage, viewers can see, among others, Maryla Rodowicz, Marek Piekarczyk, Ewa Farna, Krzysztof Cugowski, Paweł Kukiz and Krystyna Prońko. The guests of the event are President Andrzej Duda and Prime Minister Mateusz Morawiecki.

Concert for Independence started at TVP1 at 20:15. The retransmission of TVN and Polsat is scheduled for 21:45.

The event of PGE National launched the centenary celebration of the 100th anniversary of Polish independence. Deputy Minister of Culture of the stadium Jaroslaw Sellin 40,000 people appeared.

PGE National's concert started Natalia Sikora From Teresa Haremzy's software song "I saw my eagle in the sky". The singer, as in the original version, makes it a cape. The song was recorded on December 12, 1981, on the eve of the War of Independence, and his word became a symbol of communist power struggle.

"From the very beginning, we wanted it to be the story of 100 years of Polish history in songs, so you do not have to talk too much, but only what is needed to get artists and music been told because there is probably no universal language than music," said another conductor Piotr Cieślik.

The chairman was a confirmed guest of the Independence Concert Andrzej Duda and the first woman Agata Kornhauser-Duda, Prime Minister Mateusz Morawiecki and Deputy Prime Minister and Minister of Culture Piotr Gliński.