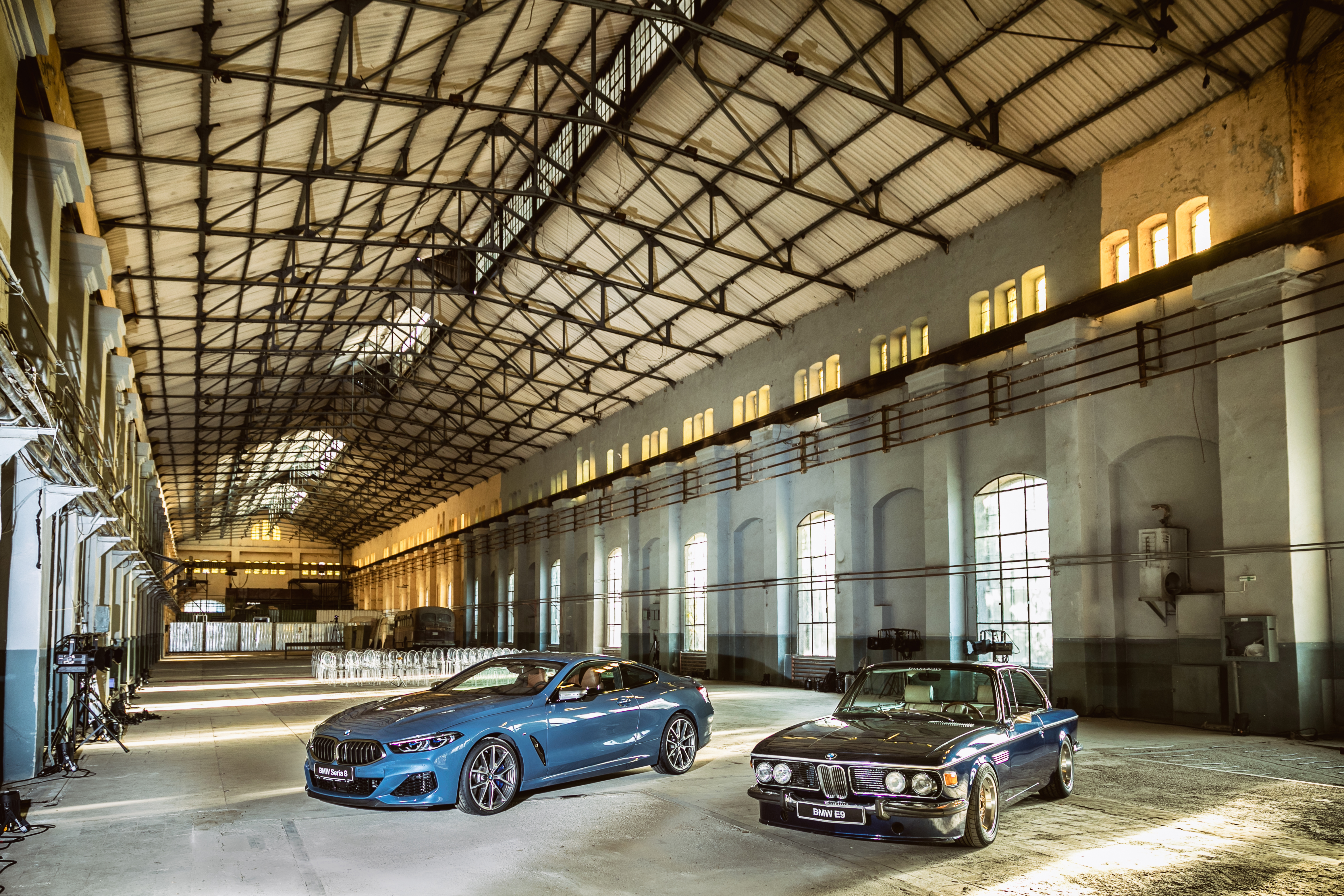 BMW introduced the second-generation 8 series in Romania and the first modern BMW E9 coupe launched 50 years ago. The event took place in a 110-year-old heritage building at the Electrica Filaret factory.

The BMW E9 was the first model that used M-colors and the first BMW Art Car. The legend is that it has been developed to give life to a new generation of six cylinder engines that were no longer offered in the brand portfolio.

The BMW 8 Series benefits from a sophisticated platform that uses carbon fiber to strengthen the hull, an intelligent BMW xDrive draw system optimized for more dynamic and sporty performance and electronically controlled backcourses.

A wide range of optional accessories allows the new model to have very different configurations for a stylish and luxurious approach with the ultralight multi-fiber carbon fiber cap and the BMW M Technik package as well as the BMW M Sport package. a modern area and an important historic reference.

The first generation of the 8 series was produced between 1990 and 1999. The second generation, which was introduced this year, would get the Cabrio version and the 4-door Gran Coupe.

110 years since the opening of the Filaret power plant

The Electrica Filaret factory was set up in September 1908, once the National Theater was one of the largest electricity consumers at that time. It was the most important source of electricity for Bucureas at this time. This produced generators driven by internal combustion engines. Initially three groups were active, each with a 675 hp engine.

Also read: A test drive with the Mazda CX-3: new improvements have reached the crossover