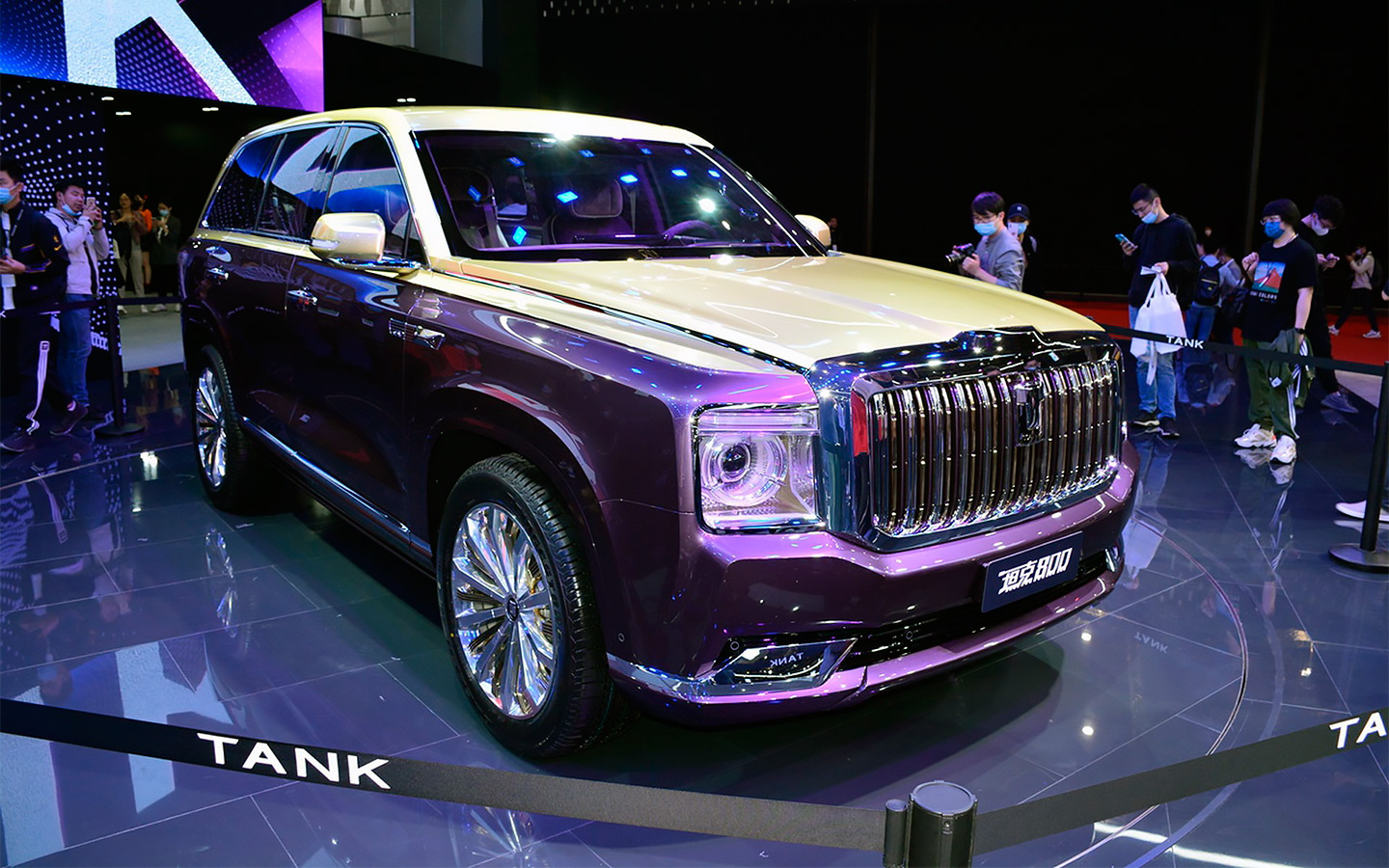 Shanghai 2021 became the first global car show since the start of the pandemic. The cancellation of European and American car dealerships continues, but direct premieres by major automakers will be held in China’s largest city. In addition, many of the cars unveiled at the car show should appear on Russian roads in the near future.

One of Shanghai’s main premieres was the new-generation Nissan X-Trail crossover. This model could already be judged by the American villain presented in 2020, but now the Japanese have presented a global model that is sold all over the world, including Russia. The global car can only be distinguished from the US version with a different bumper and an increased ground clearance of 212 mm.

However, the engine also became different. If the “American” is equipped with a 2.5-liter atmospheric gasoline engine with a capacity of 184 hp, then the People’s Republic of China version was equipped with a 1.5-liter “turbo-three.” In Europe, where the new Nissan X-Trail will be released in the summer of 2022, the crossover will be offered with an e-Power hybrid power plant, where the petrol engine will act exclusively as a generator to charge the batteries and the electric motor will become the traction unit. The X-Trail is likely to reach Russia with four-cylinder free-breathing engines.

Lexus has brought an upgraded ES sedan to Shanghai, which has undergone a temporary overhaul of the current generation. External changes traditionally affected the radiator grille and optics, but the biggest modernization affected the interior, where the touch screen of the Infotainment complex appeared. For ease of use, the touch screen has now been moved 11 cm towards the driver.

Regarding the technical changes, after the upgrade, the Lexus ES will have a new 218 horsepower hybrid modification from the ES 300h F Sport with a 2.5-liter engine connected to an electric motor. In addition, a 2.0-liter 150-horsepower engine was added to the assembly, which worked in conjunction with the Direct Shift CVT with manual transmission. This combination is familiar in Russia from the Toyota RAV4 crossover and the upgraded Toyota Camry sedan.

The new flagship crossover Geely KX11, which is close in size to the current Kia Sorento, is also arriving to us. The company points out that the car, created in CMA’s Sino-Swedish modular architecture, has combined Oriental and Western styles in appearance. Under the hood, the crossover features a two-liter “turbo four” Volvo, available in power-up phases: 238 hp. and 380 Nm of torque (which accelerates the car to “hundreds” km / h in 7.7 seconds) and 218 hp. and 325 Nm (with him he wins the 100 km / h mark in 7.9 seconds).

Among the interesting features is a fully automated parking system that supports 5G networks up to 200 meters away. Within this zone, the crossover can move completely independently, find a place and park. At the same time, the driver doesn’t have to look for the car in the parking lot – he just has to call, after which the car drives to the owner.

The Chinese group Great Wall has unveiled a new Tank sub-brand in Shanghai with which it intends to manufacture first-class SUVs. Perhaps the most interesting representative of the new family was the flagship model 800, which simultaneously resembles the Mercedes-Maybach GLS, the Rolls-Royce Cullinan and the upcoming Russian Aurus Commandant. The latter is made in the style of a huge radiator grill with chrome-plated vertical slats. The Tank 800 is equipped with a hybrid power plant based on a 3.0-liter V6 turbo engine with more than 350 horsepower.

By the way, one of the Chinese “tanks” must also get to Russia. Recently, in Sochi, Russian retailers of the Haval brand, which is also part of the Great Wall, were shown a tank model of the controlled WEY sub-brand. The chassis SUV is equipped with a 2.0-liter “turbo four” with 227 hp and works in conjunction with an 8-speed automatic transmission. The WEY tank is able to handle the terrain with a descending line and a lock on the front and rear differentials.

The Hongqi brand, known for its luxury state cars for China’s political elite, introduced a very unusual project in Shanghai. “Chinese Aurus” brought to the motor show an experimental fast-paced L-Concept made in the brand’s traditional retro style. The most important exterior feature of the car was the intricate trim, the motifs of which can be found on the front of the body, the optics and the white panel mounted instead of the rear window.

The cabin, cut from expensive leather, wool, natural wood and polished aluminum, lacks a steering wheel and front passenger. At the same time behind the roof is a chandelier with hanging crystal elements between two separate captain’s chairs. The Chinese will start mass production in two years.

Electric cars took a special place at the Shanghai Motor Show, which is not surprising, however, as China is the first in the world in the number of battery-powered cars. For example, the first ever eco-friendly model was introduced by the premium Hyundai brand – Genesis, which introduced the Electrified G80 sedan at a car show. The Koreans decided that externally, the classic petrol G80 is already good, so they made virtually no changes to the look of the “green” version of the model.

At the same time, the Genesis Electrified G80 is driven by two electric motors, each developing 185 hp. and 350 Nm of torque. Thus, the total power of the installation was 365 hp. and 700 Nm, allowing the sedan to accelerate to “hundreds” in 4.9 seconds. The batteries allow the electric car to travel up to 500 km without recharging, and it takes just over 20 minutes to increase the energy charge from 10 percent to 80 percent with a special fast system. The Genesis Electrified G80 was built primarily for China, but the model should reach other countries as well.

Toyota has worked closely with Subaru for over 10 years. The next joint project of the two Japanese brands turned out to be the Toyota bZ4X concept car, which became the first representative of the entire car family. In terms of dimensions, the novelty is similar to the RAV4 crossover, but unlike the latter, it has an electric power plant. The abbreviation bZ stands for Beyond Zero, which refers to zero emissions, while 4X stands for all-wheel drive.

The Toyota bZ4X has a couple of electric motors, the characteristics of which have not yet been defined, as the car currently has the status of a concept car. A year, however, the prototype should have a production version, and by 2025, the total number of representatives in the bZ family will increase to seven models.

Protsenko refutes the myth of coronavirus infection after vaccination

Kirkorov was suspected of a new novel after his trip to New York: Music: Culture: Lenta.ru