Kucherov's double helped Tampa win at Edmonton, Vasilevsky was 33 to save 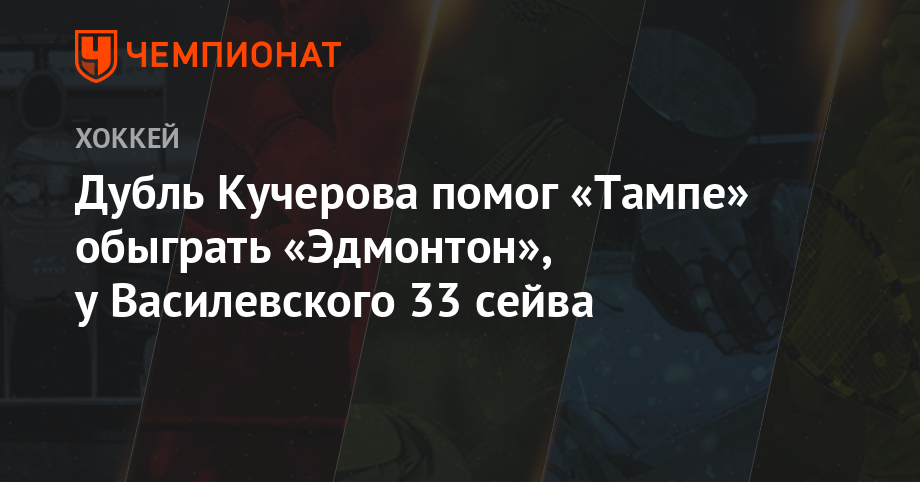 Kucherov's double helped Tampa win at Edmonton, Vasilevsky was 33 to save

Tampa Bay Lightning won the Edmonton Oilers NHL regular season. The meeting was held at the Amalie Arena Stadium in Tampa and ended with a crushing 5: 2 score (2: 0, 2: 1, 1: 1) for the hosts. Tampa, this win was the third in a row.

With this victory, Tampa strengthened its leadership at the Eastern Conference.