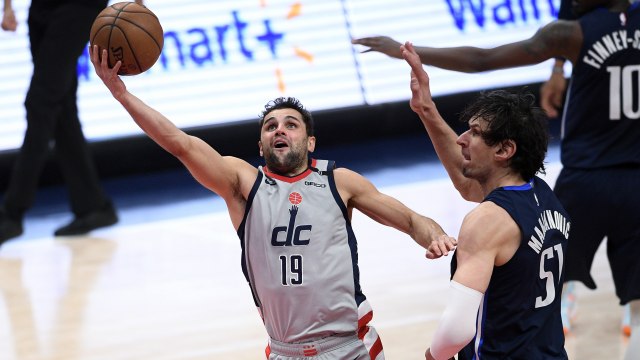 We were waiting for Boban Marjanović to return to the field and got minutes again and he returned in style.

In Dallas ’victory over Washington, the Serbian center centered a double double as they scored 15 points and scored 12 rebounds in 24 minutes on the floor.

He shot from game 5/11, and he also had one block, which is his best game lately.

It was also seen that Marjanović had fun on the floor and next to him after the match during the statement.

After the match, he said life is short and that you should have fun and have fun.

However, the main shock was stolen by Luka Dončić, who was again the top scorer of the match with 26 points with eight rebounds and six assists.

True, he wasn’t brilliant in the three-point Shot, so he hit just one of eight attempts, but he still led the Mavericks to victory, most importantly.

In Dallas, Branson still had 19 points and Hardaway 16 points,

Russell Westbrook was again the best of the Wizards with 26 points and 14 rebounds.

This is Dallas ’fourth consecutive victory and he jumped to 7th place in the Western Conference.

Washington, on the other hand, recorded its third equalized loss.