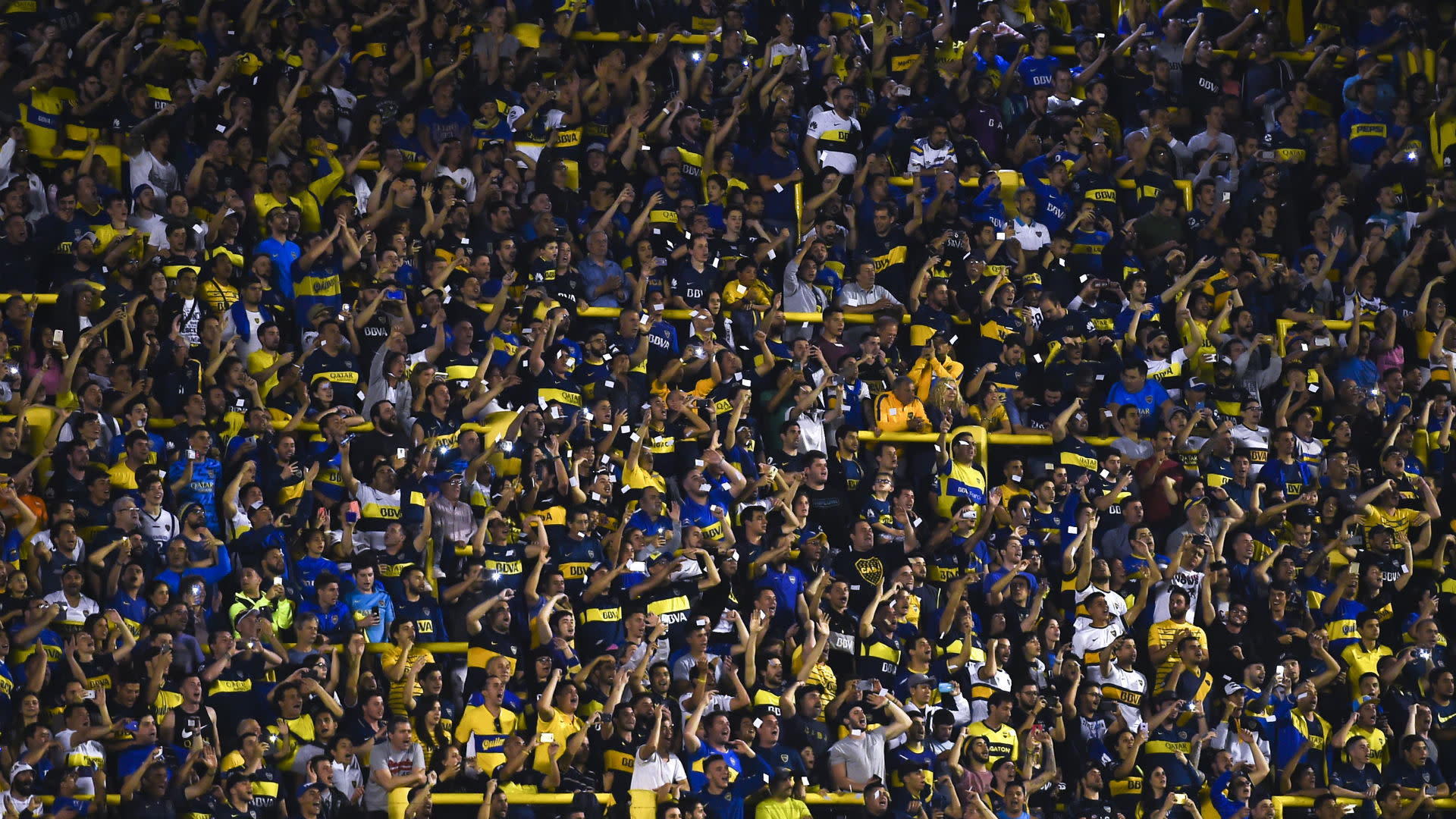 Boca Juniors and River Plate have agreed to stop the fans from attending both sides of the Copa Libertadores final.

Argentina president Mauricio Macri said last week that he wanted to visit the Superclasic, with only home fans who have been present for matches between the two arch rivals in Buenos Aires since 2014.

The city's security minister Martin Ocampo subsequently stated 4,000 opposition spectators would be present at each leg.

However, Boca and River have reached an agreement that avoids restricting the seats available to their followers.

"Boca Juniors and River Plate have reached an agreement for the Copa Libertadores final to be played without the presence of away fans," read a statement released by Boca.

"This was agreed [on Monday] afternoon, following a meeting of the Presidents of both Clubs, Daniel Angelici and Rodolfo D'Onofrio, in the Argentine Football Association Headquarters with its president Claudio Tapia present.

"At the meeting, the Presidents of both Clubs agreed that despite the local and international appeal generated by the Superclasic with the presence of both sets of fans, this could create problems for members of both Clubs.

"In addition to the 4,000 seats for the away fans, thousands of other seats would also have to be restricted in order to place an empty space between them as a security area, narrowing down considerably the available space for home fans.

"Despite this decision, Boca Juniors and River Plate value and recognize the interest of president Mauricio Macri in promoting the presence of away fans in the two legs of the final that will have historic significance.

"To that effect, both Clubs commit to taking all the necessary measures to make it possible for the presence of both fans in each league match."

The first leg will take place at La Bombonera on Saturday, with the return fixture at El Monumental scheduled for November 24.