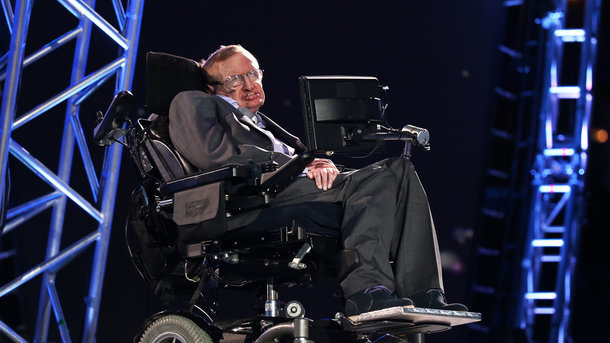 In addition to the chair, Hawking's 1965 dissertation, "Expanding Universes", was sold

Christie London auction sells a wheelchair British physicist Stephen Hawking for $ 393,000. This is indicated on the auction site.

In addition to the chair, a 1965 Hawking dissertation, called "Expanding Universes", was sold. It's got 767 thousand dollars, which is more than three times higher than the expected price.

Revenue is transferred to two charitable organizations – the Stephen Hawking Foundation and the Motor Neuron Federation.

Stephen Hawking was born on January 8, 1942 in Oxford. In 1963, he was diagnosed with amyotrophic lateral sclerosis, 22 years later he lost his ability to speak. Hawking became one of the famous theoretical physicists of our time. The scientist died on March 14, 2018 at his home in Cambridge.

As we wrote British physicist Stephen Hawking, who died in March of this year, shortly before his death, predicted it in the future there will be supermasters who come to the threat of humanity.

Previously, the site "Today" reported that March 14 Stephen Hawking died – a famous British physicist known as one of the best scientific ideas in the world. The scientist died at home in the Cambridge House early in the morning.

In the 1980s, Hawking suffered from severe pneumonia, which required several measures. At the same time, tracheotomy was made, after which Stephen completely stopped speaking, but continued scientific work. We collected Top 10 best quotes from a researcher.