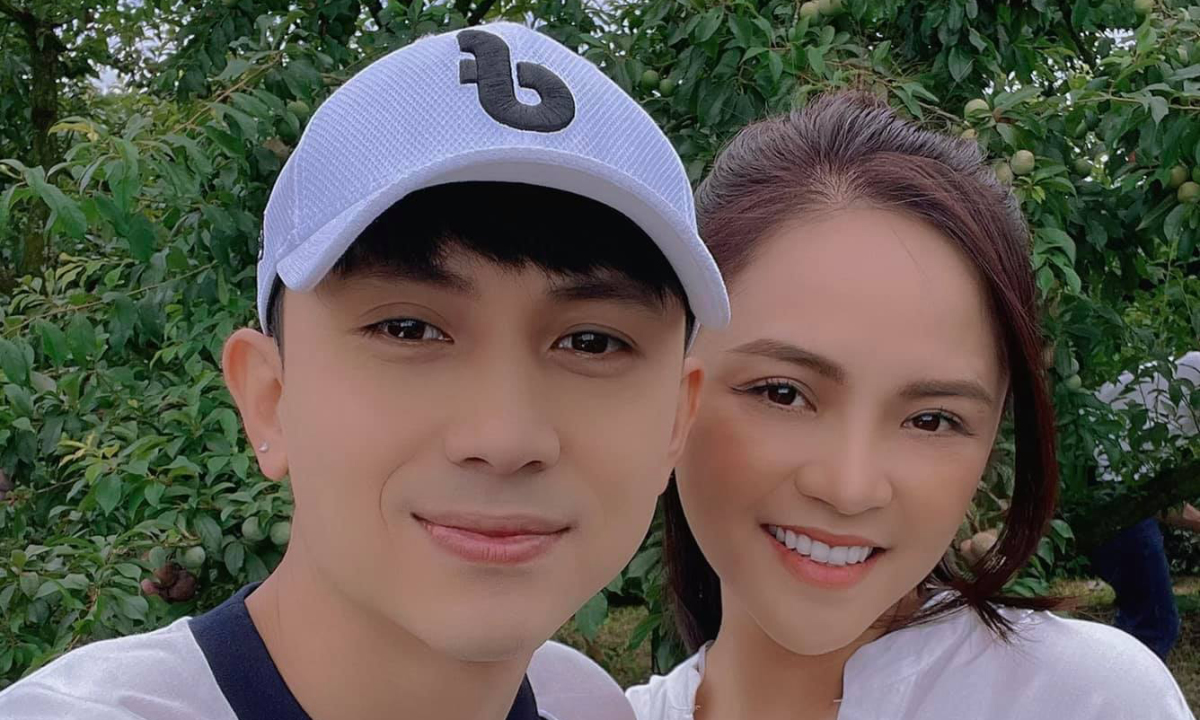 Hoang Anh Vu and Thu Quynh were close to filming the “Flavor of Friendship” photo, so many people thought they were dating.

– How do you and Thu Quynh reconcile in a movie?

– Me and Thu Quynh (like yours) understand each other very well. On the first day of the actors, the two brothers discussed much of the assigned scene. Both have broken marriages, similar experiences, so they have the same mindset and analysis. In their conversation, the two brothers react and discuss very naturally. Quynh is a professional actor, with a wealth of acting experience. In many scenes, he made a reasonable contribution, so I learned a lot.

– How do you deal with emotional scenes?

– I rarely repeat emotional scenes on screen, so I don’t have much experience. Outside, the two brothers spoke fairly happily and had a good dialogue, but it was awkward when it came to filming the scene. As they kissed, they both stiffened. Director Danh Dung knew I was confused by these scenes, so I didn’t expect that. Many viewers regretted that Huyn and Thyn’s long kiss was cut during filming, but I didn’t. I enjoyed the scenes where they both talked and interacted.

– What do you say before the rumors of two “fakes really”?

– When watching movies, the audience seeks to pair Actors who look like lovers as well as husband and wife. I think that’s normal. We don’t love each other. Sometimes during filming on Facebook we joke, we call each other “wife”, “husband”. When you respond to fans, both are sarcastic, which can cause some people to misunderstand. I do not care.

– How do you analyze Huy’s character psychology?

– Huy’s personality is completely different from my real life. She is a dreamer, a romantic, a lover of love. Huy loved Thyasi unilaterally for four years before he dared to confess. Huyl lacks confidence in love, he just looks at his loved one from afar and wishes him luck. I do not agree. If it were me, I would tell the other person directly so as not to waste the time and energy of both. I don’t agree with Huy’s way of loving, so many parts can’t describe the character’s feelings.

In return, Huy has the advantage of unwaveringness that never gives up what he considers good. Therefore, when his relatives criticized his career as a chef and wanted him to run a family business, Huy still decided to pursue his dreams. Director Danh Dung let me be creative, so I played the character less cheesy and dusty. The director also helped me refine to make the role “real” and as realistic as possible.

– How did you get the audience’s reaction?

– My character is sometimes hated, “stoned” very strongly. However, I accept it because it contributes to the success of the film. I couldn’t refuse this scene, that scene for a reason: “Oh, you will be hated if you do that.” Personally, I always try to read all the comments from the audience on the personal page and fan page. I accept all compliments and to improve the review.

– What kind of role do you want to try attached to the role of a toy boy or lover?

– Every actor wants to break the picture, to experience many new roles. I like characters that aren’t all good or bad because they reflect the two sides of every person. In the future, I want to focus on movies and play a role with a special person or villain. However, it depends on the instructors.

– Used for singing but failed, what are your plans in this area?

– I’ve always loved singing, but I feel really unlucky. There were times when I seriously lost my voice and had to take medication. After times like this, I feel like this job costs me too much. Then I had a predetermined relationship with business and acting. I still sing a lot at home, I just don’t get a chance to be famous for it.

– How do you experience love at age 33 after experiencing a broken marriage?

– I have never lost faith in love. I think the right conditions for needs are the basics of love, while the ability to manage emotions, handle situations, and respond to situations is the foundation of happiness. Whether in love because of experience or marriage, every relationship has problems. I don’t think you’re looking for the person who’s most appealing to you, go for the person who has the fewest points you can’t accept. In addition, being the best version of yourself before forcing someone to try, increases your chances of meeting the right person and limits your chances of losing them.

Murdered his mother, fled the mountain

The archery goddess seemed to make the Olympics “bright.” After an early elimination, he revealed one thing that broke the fans